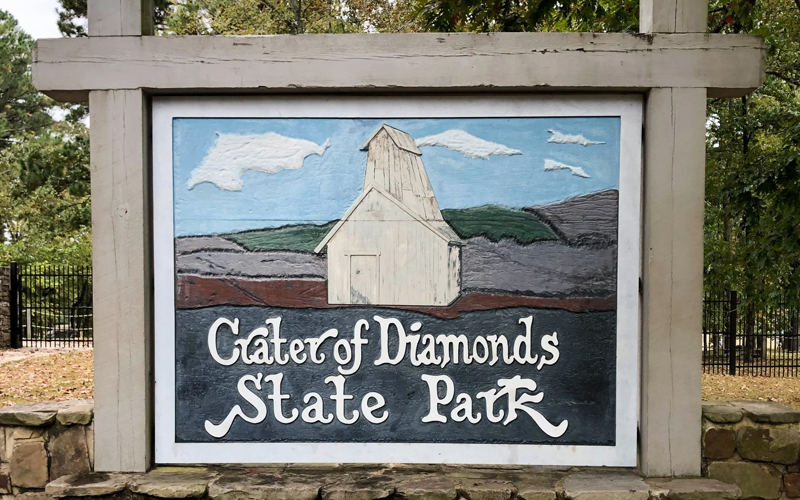 Crater of Diamonds State Park in Arkansas has now yielded 35,000 diamonds to visitors – and counting – since opening to the public 50 years ago. The park’s 37.5-acres field is the world’s only diamond-bearing site accessible to the public.

On September 6 Scott Kreykes, an Arkansas resident who regularly visits the site, registered the 35,000th diamond found. The odds that Kreykes would be associated with this milestone were good. In the past four years he has found more than 80 diamonds at the park, 50 of which were discovered this year.

The discovery actually took place in Kreykes home. This was possible because park guidelines allow visitors to take one five-gallon bucket of sifted gravel home per day. After spending a day sifting through earth at the East Drain of the diamond search zone, he filled the bucket and later discovered a small, pearl-shaped diamond weighing four points, or 0.04 carats.

On September 6 he brought the diamond to the park’s Diamond Discovery Center where, upon registration, he was told that in addition to being his 50th find of the year, it was the 35,0000th diamond discovered there since 1972.

To commemorate the milestone, Kreykes received a special display for the diamond and registration card, and a complimentary two-night stay at an Arkansas state park. He has named the diamond “Leo,” after his grandson.

More than 75,000 diamonds have been unearthed at Crater of Diamonds State Park since the first ones were discovered there in 1906. At the time of Kreykes’ discovery, more than 500 diamonds had been registered in 2022.

Scott Kreykes of Dierks is the visitor who found the 35,000th diamond at Crater of Diamonds State Park since it opened in 1972! Read about how he found it on our website: https://t.co/QfodebktPM#ARStateParks #CraterOfDiamonds pic.twitter.com/XuNcqfCG7S