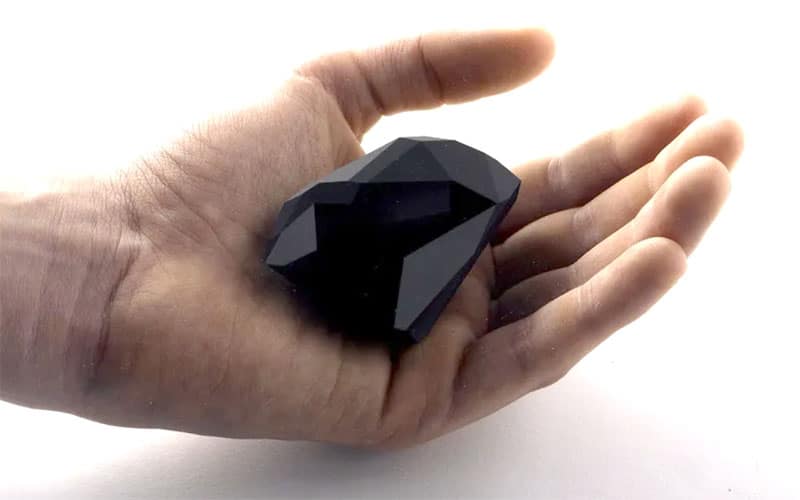 The world’s largest cut diamond, a 555.55 carat fancy black named has a new owner and a new name. Purchased by Richard Heart, founder of cryptocurrency company HEX, the diamond’s name will change from The Enigma to the HEX.com diamond.

Sold by Sotheby’s London for a final price of $4.3 million, this famous black diamond, also called carbonado, is believed to have formed when a meteorite or an asteroid impacted the Earth over three billion years ago. According to Sotheby’s:

The Enigma is an exquisite and extremely rare carbonado type black diamond, the largest fancy black natural color diamond in the world as of 2004 and the largest cut diamond in the world as of 2006. Surpassing the weight of both the Great Star of Africa, 530.2 carats, and the Golden Jubilee, 545.67 carats, the Enigma weighs a staggering 555.55 carats. 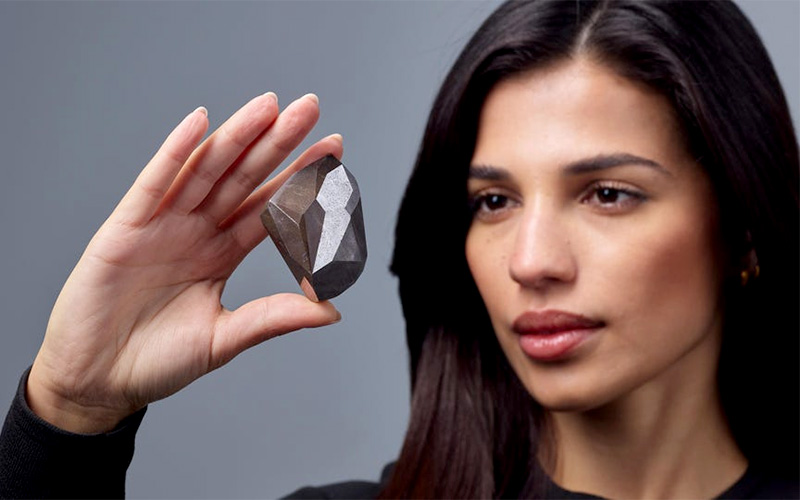 Sotheby’s broke new ground in July, 2021, when the auction house sold a 101.38 carat pear-shaped diamond, named “The Key” for $12.3 million in cryptocurrency. The new owner, who will be paying for the HEX.com diamond (nee The Enigma) in cryptocurrency, took to social media to congratulate the community associated with the crypto company he started.

The original rough diamond from which The Enigma was crafted weighed over 800 carats. Black diamonds are notoriously difficult to polish, having more porosity than other diamonds and can also be somewhat harder. The diamond was deliberately planned, cut and polished over a period of three years to resemble the Middle Eastern hamsa symbol, which is associated with the number five. Given its physical makeup, the precise crafting of it’s 55 facets to a weight of precisely 555.55 carats a remarkable technical achievement, especially given the likelihood of its extraterrestrial nature.