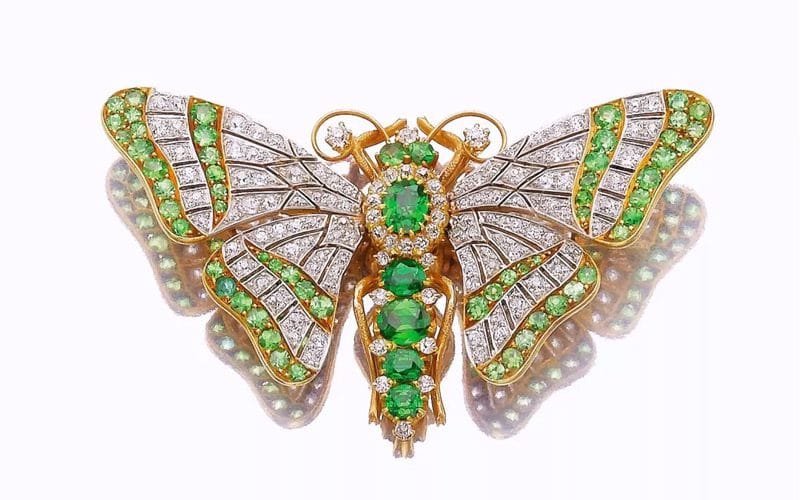 Those iconic names quickly conjure visions of diamond, ruby, emerald and sapphire jewelry, but give the humble garnet its due. This versatile gemstone is also celebrated by the luxury brands.

Garnet is derived from the Latin word granatum, meaning “like a seed.” The birthstone of January, garnet’s rich history dates back as far as 3000 B.C. in Egypt. The gemstone’s family is a large one, with a wide range of colors. The most common varieties, featured below, are Fanta , Tsavorite and Demantoid. 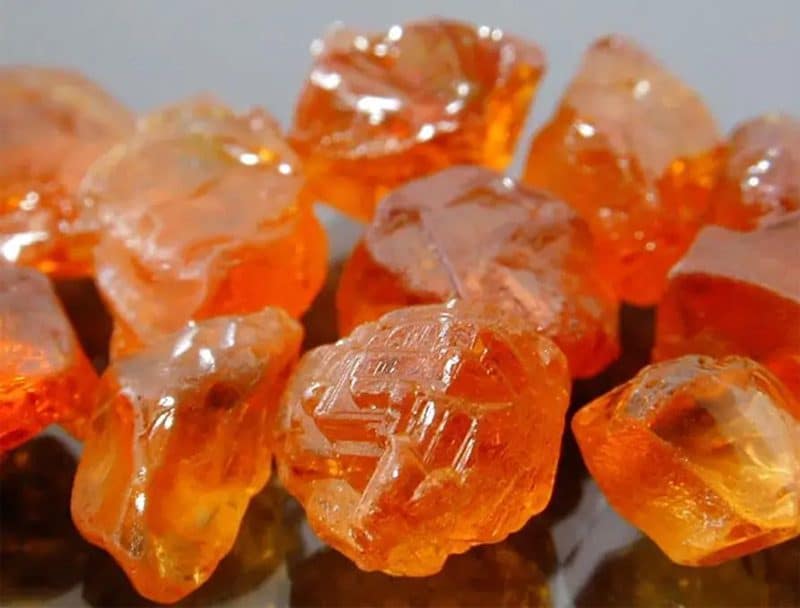 Spessartine was discovered in Namibia, Africa, in the 1990s and was originally named “hollandine.”

The color of Spessartine ranges from red to orange-red, red to brown-red, orange to yellow, brown, etc.

One of the most popular colors is bright orange-yellow, which is also named as Fanta Garnet because of its resemblance to the color of Fanta soda.

The Cartier panther above is perched on a 41.67ct sugar loaf mountain cut Fanta Garnet set with round brilliant diamonds. The leopard print is set with onyx and the eyes are two teardrop cut emeralds.

Discovered by Scottish geologist Campbell Bridges in Tanzania in 1967, tsavorite was named to commemorate the deaths of Bridges and his son, who lost their lives in Tsavo East National Park in Kenya.

The Tsavorite’s color is due to trace amounts of chromium and vanadium.

Tsavorite has relatively few mines and is also difficult to mine. Nevertheless, Tiffany promotes tsavorite in the United States and around the western world.

Pictured below is a very rare 31.27 carat heavy tsavorite garnet.

The rare gem-quality green calcite garnet known as demantoid is the most expensive variety of the garnet family. It was discovered in the Ural Mountains in the 19th century.

The color is due to the chromium and ranges in color from yellow-green and brown-green to golden-green and the rarest emerald-like green. 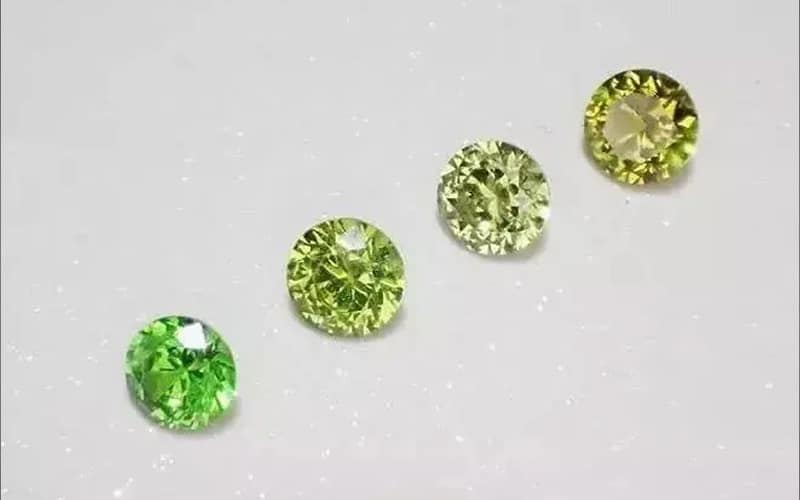 With a dispersion value of 0.057, which exceeds even that of diamonds, coupled with excellent refractive index and brilliance, a well-cut demantoid garnet will display exceptional sparkle and fire.

Russia’s mines are close to exhaustion but other sources of Demantoid range from Afghanistan to Pakistan, Namibia, Madagascar, the Central African Republic and Western Africa.

Your turn: Which garnet varieties do you recognize in this January birthstone poster? 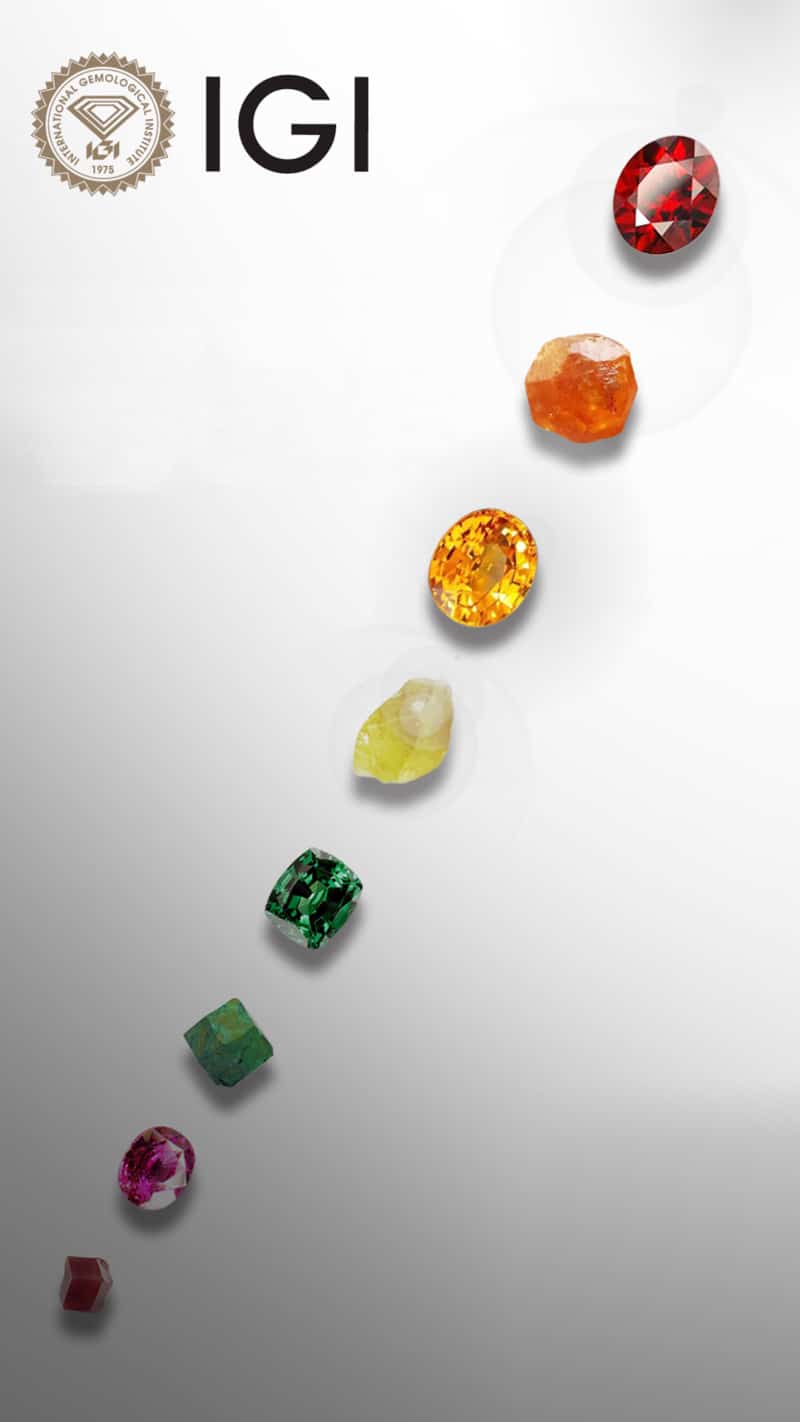