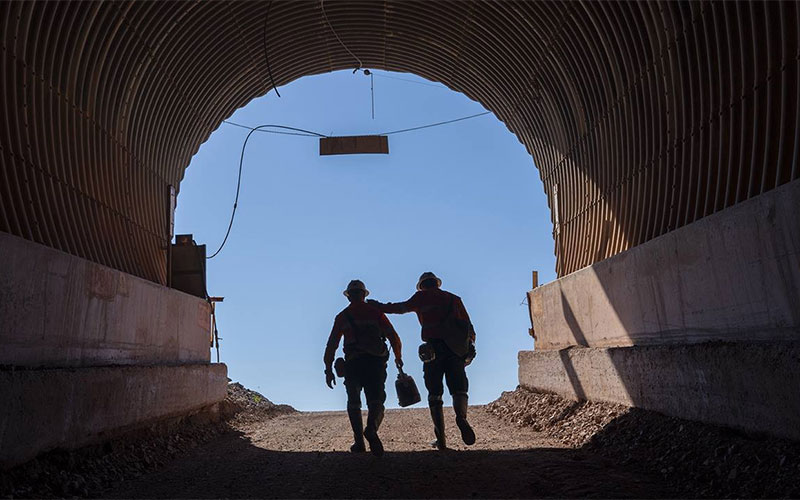 Yesterday, while Americans awoke and cast their votes for the president of the USA, a quiet retirement took place in the land down under. Australia’s famous Argyle Mine, which has produced 90% of the world’s pink diamonds since 1983, officially closed her doors.

A gathering of principals, stakeholders and employees of Rio Tinto, the mine’s owner, attended a small event to formalize its closure. Located in Western Australia, the mine was named after Lake Argyle, the country’s second-largest man-made freshwater reserve. The site is spread across 124 acres, an area that’s nearly a mile in length and a third of that in width. The open pit operation reached a depth of around 1,800 feet prior to operations moving “underground” ten years ago.

One of the greatest mines in history

In her 37 years of life Argyle produced 865 million carats of rough diamonds but a mere 0.01% of that output is what vaulted the mine to fame. In her decades of existence Argyle has produced over 90% of the world’s supply of extremely rare pink and red diamonds. In fact, according to Leibish, the Argyle Pink Diamond,  specifically, has been dubbed ‘the most concentrated form of wealth on Earth.’  One of Argyle’s chief engineers, Rebecca Pickering provided this context:

Only 1% of our production is pink diamonds. So for every 4 Olympic swimming pools of rocks we crash we get half a bucket of diamonds, and within that half, only a teaspoon of pink diamonds.

Argyle has also yielded a large proportion of other naturally colored diamonds, including champagne, cognac and blue. However, where most colored diamonds gain their appearance from elements such as nitrogen or boron, pink diamonds have no traces of such elements. Instead, the unique coloration of pink and red diamonds is caused by distortions in the crystal lattice resulting from intense heat and pressure during their formation.

Logically, these rare “Argyle Pinks” – in short supply – have dramatically increased in value. Rio Tinto’s managing director for operations, copper and diamonds, Sinead Kaufman stated that, over the past 20 years, they had risen in value by 500%.

In that spirit a historic sale is happening in-tandem with Argyle’s closure. “One Lifetime, One Encounter” is an auction event, offering a collection of the rarest diamonds extracted from Argyle over a year’s production. These gems are making a world tour where they can be viewed by potential buyers. Bids will close on December 2, 2020.

Not so coincidentally, riding the wave of pink-diamond sentiment, an incredible 14.83 carat Fancy Vivid Purple-Pink diamond unearthed in Russia is being auctioned by Sotheby’s Geneva later this month. The “Spirit of the Rose” could command as much as $38 million.

The end of an era

The Argyle Mine is one of the greatest diamond mines in history. Not simply the majority supplier of the world’s most saturated, high quality pink diamonds, the mine is geologically one of a kind, ensconcing her precious gems in lamproite.

Fifty years ago, there were very few people who believed there were diamonds in Australia – even fewer could have foreseen how the Argyle story would unfold… Today, Argyle’s influence stretches into many spheres and over many continents and I am very proud to acknowledge all those people who have contributed to the discovery and development of the mine and the production of some of the finest diamonds the world has ever seen.

Argyle will now undergo a rehabilitation of the land, a process that is expected to take five years.