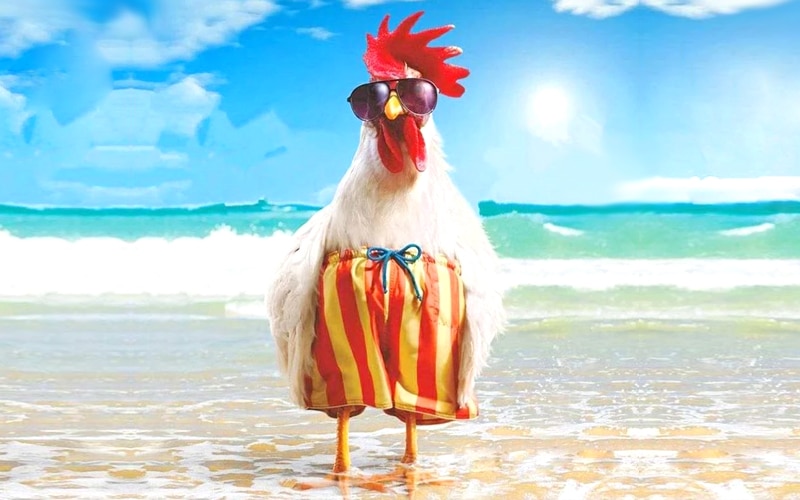 Treatments have been used to enhance the appearance of gemstones since ancient times.  The Egyptians, Greeks and Romans used dyes, coatings, oils and other methods to improve the color, durability and luster of their gemstones and pearls.

It’s well-known that applying high temperatures to certain gemstones, including rubies and sapphires, can enhance their colors and soften inclusions. The first practitioners, centuries ago, placed suitable stones on burning charcoal and used blowpipes to increase the heat. Over time this moved to crucibles, kilns and furnaces.

But the most fascinating and fanciful tool may be one reported by Robert W. Hughes in his landmark book “Ruby & Sapphire.”

Among the more unusual methods was that described by a Sri Lankan gem dealer. He claimed that most sapphires or rubies are best treated in a fire or oven but, for a small minority, more gentle heating was needed. Eager to learn more about this highly secret art, he was pressed for details. After making sure that no one else was listening, he leaned forward and in a dead-serious voice whispered: “These we feed to our chickens.”

If a corundum-eating chicken swallowed spicy peppers doused in Tabasco, went snorkeling in volcanic hot-springs and passed out on a blistering white-sand beach at high-noon it still wouldn’t come anywhere close to recreating the temperatures used in even moderate conventional heat-treatment.

But it’s not completely crazy. “Gentle heating” was stipulated. And, whether the Sri-Lankan sapphire story is fair or fowl, there is previously proven precedent pertaining to pearls and poultry. Specifically, prescriptions for pearl-whitening and cleaning…inside chickens.

Translated from an ancient Egyptian collection of gemstone treatments in Papyrus Graecus Holmiensis, one practice involved passing precious pearls through a chicken in order to clean them. From recipe #60:

Whenever a real pearl becomes dirty and has lost its lustre…they cast the gem as food to a rooster in the evening. In the morning they search the droppings and discover it has been cleaned inside the bird and that it possesses in addition a whiteness not inferior to the original.

To grasp how this might be possible, let’s look at the digestive process of a chicken.

Chickens don’t have teeth. Swallowed food goes into their crop, which is like a holding area. Once the chicken is in a safe place and ready to digest, the food progresses to the proventriculus, where it gets exposed to acidic digestive juices and becomes softened in preparation for the gizzard.

The gizzard is like super-teeth. It’s muscular and has abrasive grit inside. It functions like chewing molars, or a mortar and pestle. Once material passes through the gizzard it moves on to the intestinal tract. There, foreign bodies such as rocks and pebbles – or pearls and sapphires – are ejected through the chicken’s rear exhaust system.

Given the chemical and organic makeup of pearls, it makes sense that the gastric juices in the proventriculus (which include hydrochloric acid) and the grinding action against grit in the gizzard could work together to dissolve and remove staining from surfaces – giving them a cleaner appearance.

The same Egyptian Papyrus provided recipe #25 as well, this one serving to restore the whiteness of a pearl.

A pearl which has become encrusted is made white in this way: Give it to a chicken to swallow, thereupon cut it (the chicken) open and you will find it has become white.

Clearly, recipe #25 doesn’t work out as well for the chicken.

You can explore the Winter 1985 edition of Gems & Gemology magazine for more about ancient chicken treatments and the modern experiments performed at Rutgers University to validate some of them (yes that happened).

Celebrating the Art of Art Smith