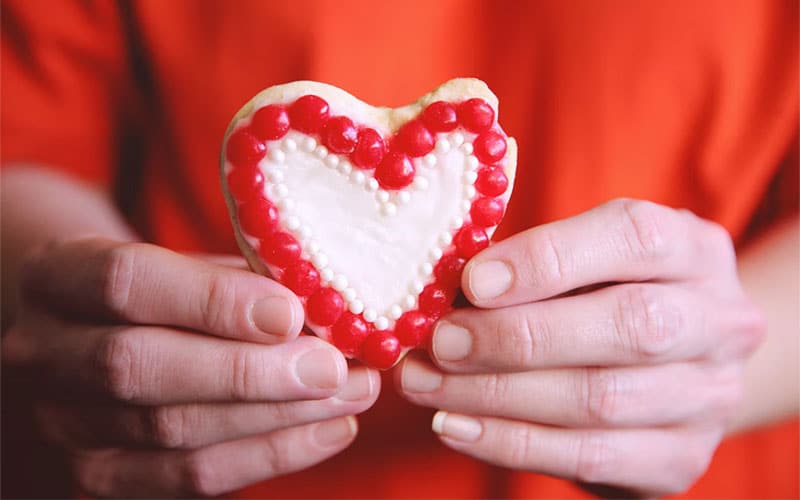 The Argyle Amour is the most valuable heart-shaped diamond to come from the Argyle Diamond Mine in Western Australia. The Argyle mine yields the planet’s only source of diamonds found in Lamproite pipes. The world’s other diamondiferous formations formed in Kimberlite. Weighing 2.61 carats, the Argyle Amour’s distinctive pink color manifests as a result of structural changes in the crystal lattice, caused by enormous forces of pressure during its formation.

A labor of love undertaken by diamantaire Fawaz Gruosi, the largest black heart-shaped diamond is The Gruosi. The rough diamond it was produced from weighed a staggering 300.12 carats, but the porosity of carbonado black diamond made the material extremely fragile during cutting, resulting in a finished diamond of 115.34 carats. The Gruosi is mounted in a necklace featuring 378 white diamonds, 58.77 carats of smaller carbonado black diamonds and 14.10 carats of tsavorite garnets. You can discover “The Secret of black diamonds” such as the Gruosi, the 3,575 adorning the 2008 Victoria’s Secret Fantasy bra and the magnificent 300 carats worn to the Grammy Awards by Lady Gaga in a prior IGI GemBlog post, here.

The Blue Heart Diamond is on display at The Smithsonian. Unearthed at the Premier mine in South Africa in 1908, the original rough crystal weighed over 100 carats. The object of great attention over the years, this distinctive 30.62 carat blue diamond passed through the hands of Pierre Cartier, Van Cleef & Arpels and Harry Winston, among others. Marjorie Merriweather Post, its last private owner, purchased the Blue Heart from Harry Winston and generously gifted it to the National Gem Collection in 1964. Assessed with a clarity grade of VS2, The Blue Heart’s distinctive natural deep fancy blue color is caused by trace amounts of boron.

In summary, while this old rhyme might be true –

A hundred hearts would be too few
To carry all my love for you.

– It only takes one heart to make some of us swoon.

Never do this with your jewelry