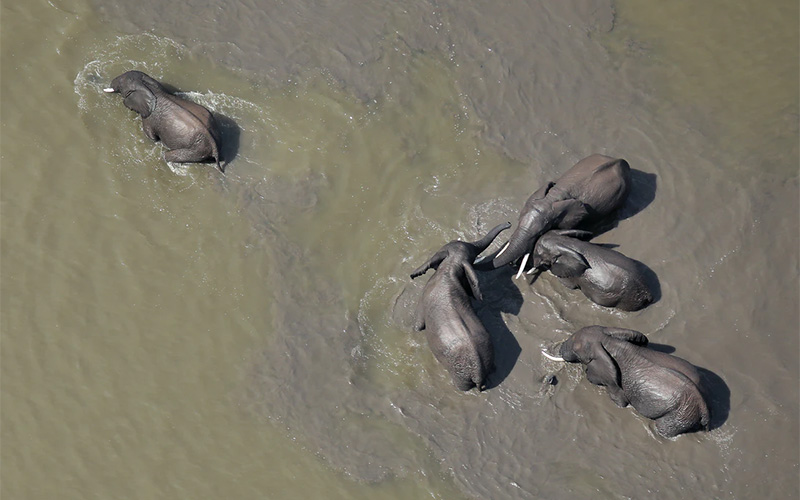 National Geographic will expand their efforts in protecting the Okavango river basin in the south of Africa through a five year partnership with a diamond industry giant.

Spanning Angola, Namibia and Botswana, the Okavango River is the fourth largest in Africa and supports one of the world’s largest, most biodiverse wetlands. The downstream Okavango Delta is currently protected within Botswana, but the vital headwaters which flow from Angola and Namibia are not, placing the future of people and wildlife living there at risk. Nearly a half-million people are estimated to rely on the great basin for their direct livelihood, from harvesting natural resources, such as fish, wood and grass, to crop and livestock production and, in Botswana, the use of natural habitats for providing tourism services. National Geographic has been working to protect the area for a number of years and, in 2018, produced a documentary film exploring 1,500 miles of the basin titled “Into the Okavango.”

Watch the Trailer: “Into the Okavango”

The headwaters begin at an elevation of 4,300 feet in the Angolan highlands, where it is known by the Portuguese name Rio Cubango. From there the waters move south, forming part of the border between Angola and Namibia and flowing into Botswana. The Okavango terminates as a closed basin, meaning it has no outflow to the sea or other bodies of water. Its output is ultimately discharged into the Okavango alluvial fan, in the Kalahari Desert.

A Future at Risk

The greater basin provides a vital source of water to about 1 million people, the world’s largest population of African elephants and significant populations of lions, cheetahs and hundreds of species of birds. The waters in Angola and Namibia are under increasing threats from deforestation, uncontrolled fire, the rising commercial bushmeat trade, and unchecked development. If they were to remain unprotected, the future of the Okavango Delta would be at risk. This new partnership, using DeBeers’ diamond revenues to fund preservation, will help avert that risk.

The National Geographic Society is an impact-driven global nonprofit organization that pushes the boundaries of exploration, furthering understanding of the world and empowering solutions for a healthy, more sustainable future.