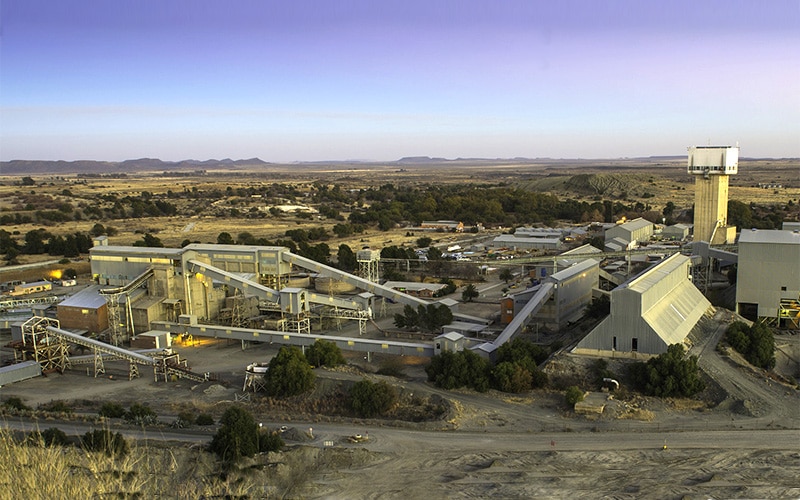 Petra Diamonds, owner of the legendary Cullinan diamond mine, is looking to sell their Koffiefontein mine, a sister operation acquired from DeBeers’ in 2007. Established in 1870, Koffiefontein is one of South Africa’s oldest diamond mines, located just 50 miles south of Kimberley. Interested parties are invited to make contact (information below) by May 9.

From the beginning, diamonds mined at Koffiefontein were heralded as “first water,” implying extremely high clarity. The mine continues to produce stones of exceptional quality today, a regular proportion of which are between 5 and 30 carats, according to Petra’s website.

Before you reach for your billfold, be advised that Koffiefontein is nearing the end of its life. The mine has not been profitable for Petra, with an operating loss of around $10 million, according to their 2021 financial reports. The site has also been troubled with high levels of rainfall, power interruptions and labor disputes.

Petra’s plan had called for operations to cease after 2025. Now the mining house believes another owner may be better equipped to extend the life of the mine, to take advantage of more than 1,000,000 carats in underground reserves.

Given the gross resource base of 5.25 million carats as at 30 June 2021, including 1.11 million carats in the indicated resource category associated with underground resources, it may be feasible for another owner to extend the mine’s life.

An important service will need to be performed by the new owner. In 1896 a typhoid epidemic swept through Koffeifontein, causing the deaths of miners who were subsequently buried onsite. In 2002 three skeletons were discovered and, in accordance with national legislation, an archaeologist was called in to remove them. As work progressed it became clear that the remains represented the edge of a larger graveyard.

The South African National Heritage Resources Act states that no grave older than 60 years situated outside a formal graveyard may be disturbed or removed unless a permit has been granted. A permit was issued, but lapsed after 38 skeletons were exhumed. The graveyard area remained off-limits as the mine changed hands, awaiting next steps. A new permit application was submitted in 2019, and plans have been made to construct a mausoleum and perform the exhumation & relocation of the estimated 100 skeletons remaining at a cost of approximately $200,000. Petra’s exit places that cost on the shoulders of the new owner.

Petra has hired Questco Corporate Advisory to manage the potential sale of the mine. Interested parties are welcome to contact their representatives by May 9, as follows.

RJC and WDC join forces on Sustainability and Sourcing