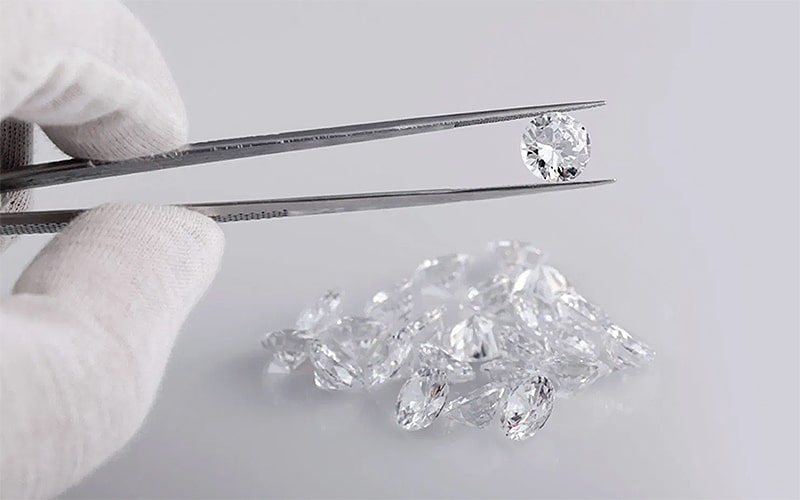 Did you know only about 10% of revenue for laboratory-grown diamonds comes from jewelry applications? Did you know that whatever device you’re using to read this post – mobile, tablet or desktop – would not exist without lab-grown diamonds?

The endgame for innovative lab-grown diamond producers has never been jewelry applications. Our sparkly world is just a convenient means to a far bigger end. The most innovative and aggressive growers are focused on technological, medical and even military applications. Think D Flawless lenses, medical imaging, semiconductors and quantum entanglement (stay with me on that last one – I’ll ‘splain).

Synthetic growers have historically produced far more diamonds for industrial purposes than jewelry. That’s well-known. What isn’t well-known is how far those applications have evolved over time.

“Industrial diamonds” used to imply drill bits, machine and cutting tools. Today’s industrial diamonds have come to span a range of quality which exceeds even that of diamonds used in jewelry. In fact the highest-quality lab-grown diamonds bring more value when sold in non-jewelry industry sectors according to Jason Payne, CEO of Ada Diamonds, in a December article on Forbes.com.

If you grow diamonds, you don’t cut your truly flawless diamonds into shiny baubles, because you can make far more money selling laser lenses or surgical scalpels.

That article’s author, Pam Danziger, expanded on the evolving role of laboratory-grown diamonds in medical and electronic applications.

Ultimately, diamond will replace silicon in electronics and computer processors, as diamond is a far superior semiconductor than silicon.

All this to say: The most advanced lab-grown diamond producers are using jewelry applications as a convenient but passing revenue stream. They’re focused on an ascending series of innovations which will ultimately bring trillion-dollar contracts with the likes of Apple, Pfizer, Raytheon or possibly governments of nations, depending on what comes next.

Beam me up, Scotty!

Diamond technology recently helped scientists compose a foundation for teleportation (yes, I realize Scotty used a ‘transporter’ not a teleporter…work with me here, Star Trek fans).

In 2019 researchers from Yokohama National University managed to teleport quantum information securely within the confines of a diamond. As reported in Futurism.com:

The sci-fi version of “teleportation” typically involves taking some thing in one place and instantly having it show up in another. Quantum teleportation is a little different as it involves taking information from one place and recreating it in another. This is possible thanks to quantum entanglement, the strange connection that can exist between particles. When particles are entangled, we can look at one and know things about the other, even if they’re separated by a great distance. Do something to one particle, and the other will reflect the action.

The researchers built an oscillating magnetic field around the diamond and used microwaves and radio waves to entangle an electron and the carbon atom’s nucleus. After they had the electron absorb a photon holding quantum information, they saw the photon’s polarization state transferred to the carbon, meaning they had successfully transported the quantum information.

It’s not as sexy as jazzed up sci-fi movie effects. Yet. But it’s a basis for some pretty amazing technological feats down the road. Read on…

As described above, a key feature of quantum entanglement is quantum nonlocality. Simply put, acting to influence one quantum-entangled system instantaneously steers its entangled twin into an identical corresponding state no matter where it is. That means NO time delay between action on one system and reaction from its entangled twin.

Taken to a higher level of application, imagine entangled notation devices operating with quantum nonlocality. As you type a message on one device the identical message would appear instantaneously on the other. With no delay. Even across a distance of thousands of light years.

That incredible science-reality provides a theoretical basis for science-fiction concepts such as subspace communications and transporters (Star Trek) and “The quantum realm” (Marvel’s Avengers).

And while I’m a lover, not a fighter, I’m keenly aware that these fundamentals and the Schrödinger’s cat paradox they manifest would suggest the possibility of coded military communications at a transcendent level.

Let’s hope the United Federation of Planets develops that technology before the Klingons… Or Tony Stark before Thanos, as it were.

Just as mankind progressed in tools from stone-age to bronze-age to iron-age to information-age, Jason Payne believes we are entering a new era of technology advancement.

We are advancing into the Diamond Age of humanity, where man-made diamonds increasingly will brighten the lives of billions of people around the world.

That’s promising. Natural diamonds have been brightening peoples’ lives for millennia. It will be fascinating to see where diamond technology transports us in the future.

The Lost and Found Arrows of Cupid