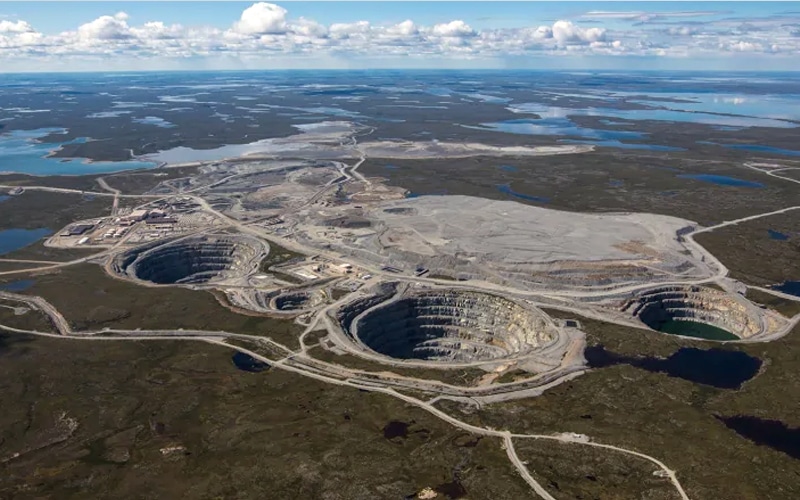 America’s neighbor to the north will resume some sparkle in early 2021. Canada’s Ekati diamond mine, closed since March due to the pandemic, has been acquired and is set to restart operations by January 29, 2021.

Nearly 60 furloughed workers have been recalled to prepare for the restart, operating with full COVID-19 prevention measured in place, according to Dominion Diamond.

Details of the deal

Dominion Diamond has been owned by The Washington Companies since 2017. A prior deal to sell Dominion to another subsidiary of the Washington group fell through in November.

Now, in exchange for assuming $70 million in debt, an entity controlled by DDJ Capital Management LLC and Brigade Capital Management LP will acquire the majority of Dominion’s assets.  The deal does not include Dominion’s minority stake in the nearby Diavik mine, but it does include inventory sitting at Ekati, unable to be sold during the pandemic, totaling approximately $180 million.

Following exploration and development beginning in 1981, the Ekati mine began production in October 1998. Canada’s first-ever surface and underground diamond mine, Ekati is renowned for the high quality of the diamonds unearthed there.  Around 70 million carats of diamonds have come from Ekati, including a 186 carat rough diamond recovered and sold in 2016.

While the deal must still pass court approval this is good news for diamond lovers, and especially the indigenous people of The Northwest Territories who rely on Ekati’s ongoing operations for their livelihood.

7 Staple Jewelry Items for Every Girl (and Boy)