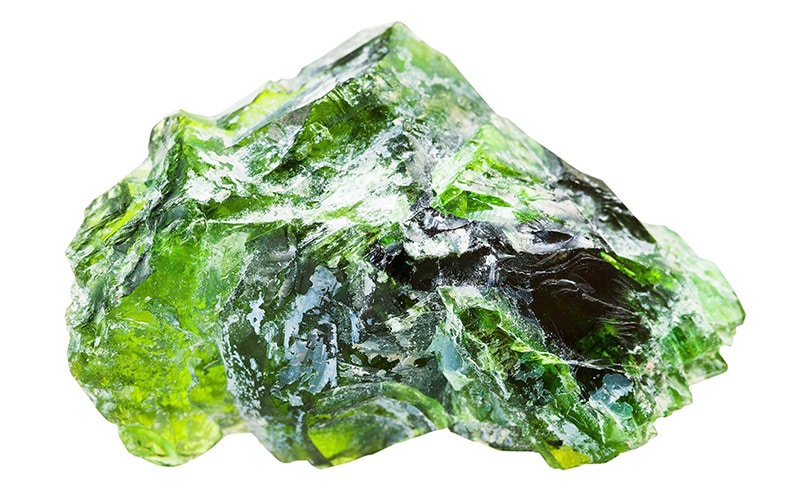 We held this truth to be self-evident; that any gemstone with a nice green face could be nothing but an emerald. And yet, its country of origin was Ethiopia.

Abyssinia. The land of 13 months of sunshine. The target of Italy’s lust in the thirties of the past century – but let’s come back to our age. For a handful of years now, “Ethiopian Emeralds” have been appearing on the world stage. It still seems strange that we had to wait for such a long time.

In May, 2009, I wrote a short magazine article entitled “A soft-boiled emerald” where I speculated on primitive treatments carried out – in the vicinity of Addis Ababa – on “emeralds that not so long ago appeared among the Amba from those high plains, where they come from.” I had heard the news in Bolzano from an Italo-Ethiopian frequenting that country, raking among opals and various small stones including, precisely, these emeralds oiled “like a thief in the night.”

In that 2017 report drafted by a trio of distinguished American gemologists, I read that:

1. A new deposit of emeralds had been discovered in the district of Seba Boru, in the proximity of the rural villages of Kenticha and Dermi, near the small town of Shakiso, a 12 hours’ drive from Addis Ababa. Interestingly, when the report dropped, Ethiopian stonecutters fussed about that specific line (A.A. – Shakiso) as industriously as ants. 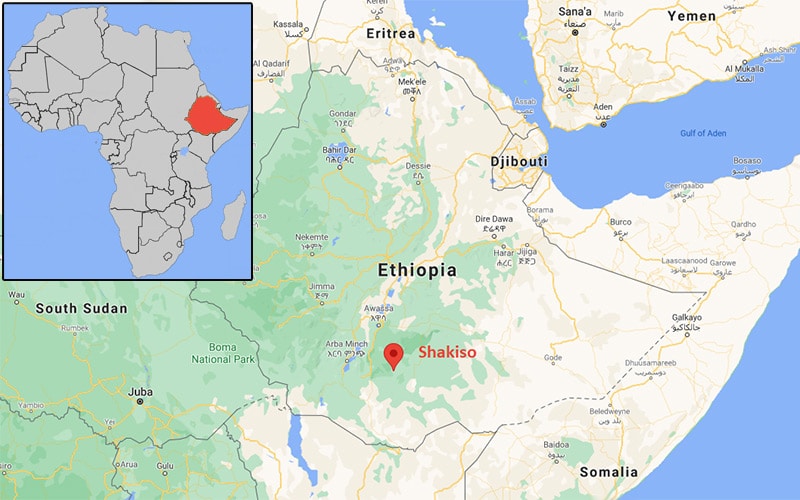 May I pose a question? Given that nothing had previously leaked out about other Ethiopian sources (officially), could such material – owned by the grandson of an Abyssinian Princess and an expat from Belluno – have only appeared there? Furthermore, if that were the case, why did seven long years pass until the discovery of this exciting new source was announced?

2. In the above-mentioned places – apart from the majority of material having a so-called commercial quality, with lighter hues and transparency compromised by the presence of inclusions – certain crystals of exceptional color, transparency and size (from 315.61 carats in the rough and 10.64 carats when cut) appeared. Those specimens possessed transparency so unique that, once the crystals were cut, no treatment whatsoever was required.

Let me ask another impertinent question. What was happening to all of the clear material full of inclusions? Was it sold as God made it or first treated, then sold “like a thief in the night,” on the sly?

3. Upon close analysis the (then) new “Shakiso” emeralds proved similar to others with a schist-hosted genesis, those found in Brazil and Zambia in particular: that is, evidencing the presence of numerous “block-like” multiphases and irregular crystal inclusions of biotite (as the most common internal characteristic), as well as a moderately high percentage of iron that can be observed – in the typical reaction – defined as inert to both long and short wave UVs.

4. The results of the UV Visible and Infrared (NIR) spectroscopic analyses carried out on the “Shakiso” samples showed the presence of chrome and vanadium as chromophore agents of this type of beryl.

5. Confirmed: We were dealing with the mineral species called beryl, based on the Fourier Transform Infrared Spectroscopy (FTIR) spectrum.

6. The refraction indices, stable at the reassuring values of 1.581-1.589, along with a tranquilizing specific gravity fluctuating around 2.73, also combined to “brighten us up” about the identity of these beautiful green Abyssinian stones.

7. All the above-mentioned data, complemented by the trace presence of alkali and transition metals in the crystal lattice, permitted the sure identification of the geographical origin of the material – clearly separating it from other provenances of schist-hosted genesis, in particular in the Brazil and Zambia areas.

Prior to the 2017 report, the extraction area was divided into a certain number of so-called “associations,” each of them consisting in a taskmaster and various “partners” that had quite a control on the production and distribution of the raw material. After extraction the stones would reach Shakiso and, from there, became parceled out to the stonecutters in Addis Ababa.

After this new source was revealed to the world, however, anyone who ventured in the proximity of Shakiso – either a foreigner or an Ethiopian – was required to have a written permit. Simply put, if you were caught down there, I don’t think that declaring of taking part in a photographic safari would get you off the hook.

Ultimately, it took just one year for the government of Ethiopia and a team of gemologists to start bringing these “newcomers” to market with great buzz. Such is the nature of celebrity.

P.S. I’m still filled with curiosity about these delayed Ethiopian discoveries – first the opal then the emerald. I’m reminded of a story imparted to me 35 years by an old Friulian remained in the service of Negus as a precious items expert after the war. Somewhere, he told me, he had dug out some nice big diamonds and the Negus gifted him some as a “reward.” In my heart I thought I was dealing with an old man the sun of Africa had turned mad. Maybe I will have to change my mind, instead!

Is it a diamond? Don’t get fooled.