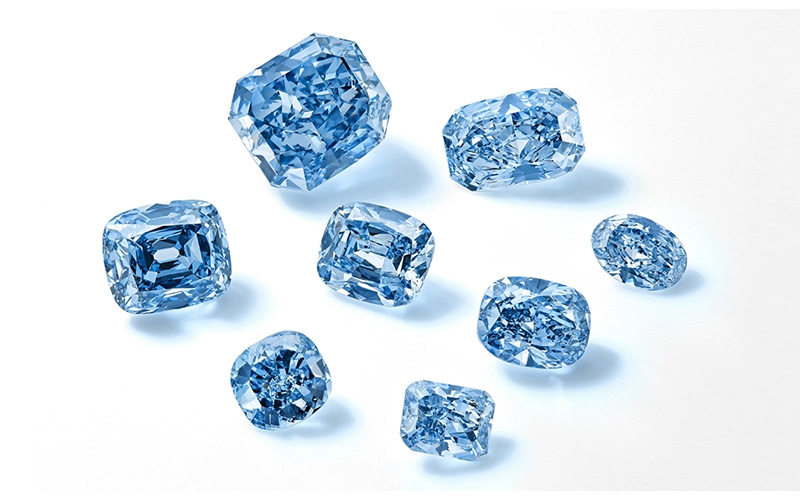 Eight fancy blue diamonds Sotheby’s calls one of the “rarest and most notable collections of colored diamonds in the world,” will be offered to the public at upcoming auctions. Collectively weighing more than 32 carats, these ‘Exceptional Blues’ are expected to bring in between $70 and $85 million.

The diamonds were cut and polished from five blue rough crystals, weighing a total of 85.6 carats, which De Beers purchased in November 2020 with partner Diacore.

According to Bruce Cleaver, CEO of the De Beers Group:

The magnificent De Beers Exceptional Blue Collection stands as a testament to De Beers’ unique ability to source the rarest diamonds in the world and the patience and foresight required to assemble a collection that transcends rarity and can only be called remarkable.

Everybody Loves The Blues

Blue diamonds have a special appeal and character all their own. Like the call and response motifs which characterize blues jazz, exceptional blue diamonds seem to call out to each other in their individual but harmonious combinations of hue, tone and saturation.