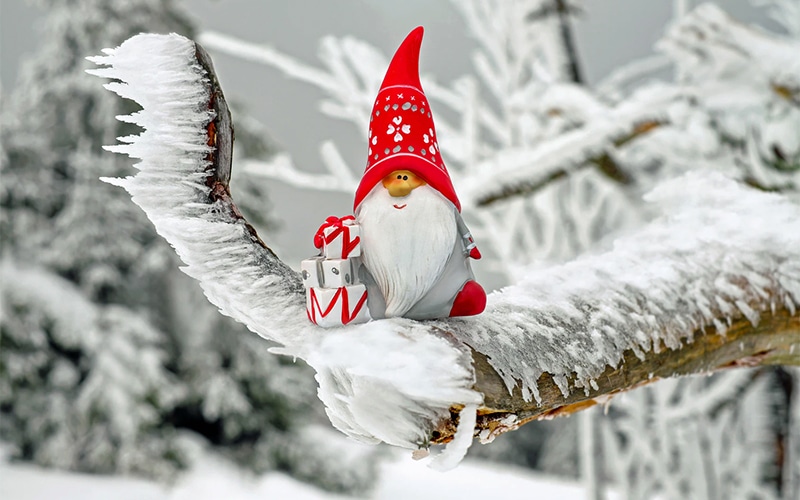 If Mother Nature and Kris Kringle combine to deliver just four-inches of White Christmas to the Cleveland area a sugar-plum of a deal gets triggered.

Customers of Canfield-based Komara Jewelers who made jewelry purchases between November 30 and December 17 will receive those purchases for free if December 25 is suitably frosty.

This isn’t unprecedented. The third-generation jewelers have run this insured promotion for more than a decade. It has never happened before, but this year’s forecast foretells a 100% chance of snowfall on Christmas eve, continuing into the wee hours of Christmas day.

From the National Weather Service (as of the time this post was published):

Thursday Night: Snow, mainly before 4am. The snow could be heavy at times. Low around 17. West wind around 11 mph. Chance of precipitation is 100%. New snow accumulation of 3 to 7 inches possible.

Christmas Day: A chance of snow before 7am, then a chance of snow showers after 7am. Mostly cloudy, with a high near 22. West wind 11 to 16 mph. Chance of precipitation is 40%. New snow accumulation of less than one inch possible.

For the deal to be official, the weather watch service at Youngstown-Warren Regional Airport (YNG) must record snowfall of four or more inches between 12:01 am and 11:59 pm on December 25.

Everybody needs some cheer in their life this year. 2020 has been super-stressful and very odd, and I think it would be perfect.

Rob believes that returning money to 500 customers would also be a great way to thank them for supporting the business during a difficult year.

Of course, “They should purchase something else with that money” – he adds with a smile.

Our fingers are crossed that this is the year.

Ours too, Brianna. Ours too.