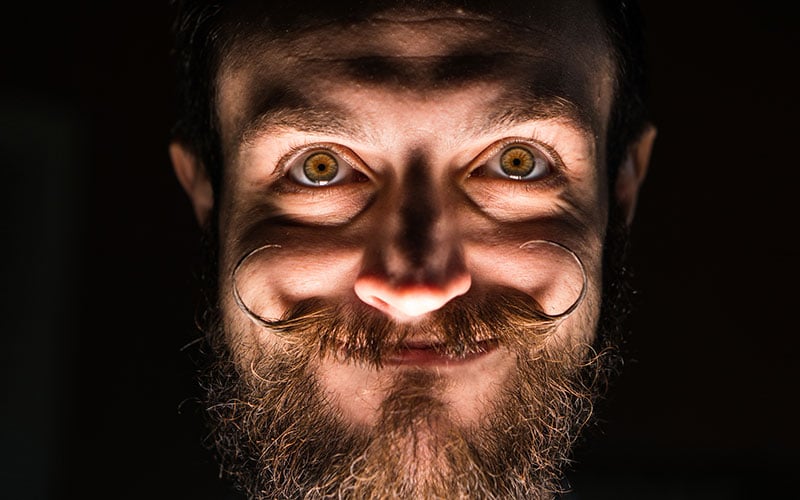 Enter De Beers and a shrewd trickster – and what unfolds is history’s first Lab-Grown Diamond scam. Played in reverse.

It’s the story of Henri Lemoine and The Arras-en-Laveden diamond factory, as told on Loucrup65, a website about the Hautes-Pyrénées in the Occitanie region of Southwestern France. The original, en français, with authentic news clippings and images can be found here. The english translation is below.

Or the most beautiful scam of the 20th century

Some old postcards show an unusual place in the Val d’Azun (near Argelès-Gazost): The Arras-en-Lavedan diamond factory.

These are the last traces of an extraordinary and authentic history that caused a sensation at the beginning of the 20th century. Our site intends to tell you this incredible story, which few people know.

First of all, let’s get to know the hero of the story: Henri Lemoine. Lemoine, the son of an excellent family (his father was French consul in Trieste), began a career as a swindler very early on. At 15, he was already selling shares in non-existent companies. Thrown out of his parents’ house, he frequented the arcades and repeatedly abused the gullibility of tourists. Lemoine exercised at fairs, with a certain talent, the trade of illusionist.

At the beginning of the story that interests us, Henri Lemoine has just been released from prison.

In January 1905, Henri Lemoine meets a diamond dealer (Henry Feldenheimer) in London and shows him a number of diamonds. The latter declares the diamonds “Perfect, absolutely perfect”. Lemoine reveals to him that these are only imitations that he himself made.

Taken aback, the diamond dealer talks to Sir Julius Werhner, representative of the De Beers group which holds a monopoly on South Africa’s diamond mines. The hour is serious. News of the discovery of manufactured diamonds by this French chemist must not be allowed to become rumor or the diamond market will be ruined. Before deciding anything the diamond dealer, along with Werhner and three other associates (including Francis Oates, administrator at De Beers) wish to witness Lemoine’s diamond making.

Our five men go to Paris, to a house near Boulevard Saint-Michel, where Lemoine operates his so-called laboratory. Lemoine puts some powder in a cup, puts it in an oven and removes it half an hour later to impressive smoke and a great din. Everyone is amazed: “A diamond, a big one!”

Lemoine successfully repeats the process. Other diamonds come out of the oven: “Incredible! Truly amazing!”

After witnessing Lemoine’s expertise in creating diamonds, the distraught De Beers group wants to link up as quickly as possible with the brilliant inventor. They offer him 10,000 pounds in exchange for the formula.

Lemoine refuses at first: His original idea had been to issue a memorandum of understanding between De Beers and himself to the press, which would lead to a collapse in diamond prices. He would then buy De Beers shares, at their lowest, before announcing that his chemical experiments were not producing good results. But since Lemoine had not found financial support for that plan he changed tactics.

For the 10,000 pounds, Lemoine agrees to place his so-called formula in a safety deposit box – so no one will be able to read it during his lifetime. De Beers accepts and the envelope is deposited at Smith Ldt.

Lemoine does not stop there. He proposes to continue his experiments and secretly manufacture industrial diamonds. To do this he needs money to buy land and build a factory. De Beers immediately deposits 1 million into an account for Lemoine. Soon afterward, De Beers receives plans and photos of the Arras-en-Lavedan factory with the help of Tarbes lawyer Georges Dazet.

Henri Lemoine boldly requests additional funds several more times. After some time passes Francis Oates, administrator at De Beers who attended the experiments, suspects a deception. He and Sir Werhner undertake a journey to Argelès-Gazost to visit Lemoine’s diamond factory. Soon after arriving in France the two men reach Argelès where the inhabitants are unable to provide them with information. They go to the Argelès gendarmerie and show photos of the factory. The gendarmes tell them the building in the photos is not in Argelès, but in a nearby village: Arras-en-Lavedan. It is a power station that supplies electricity to all the surrounding villages!

Oates and Werhner immediately return by train to Paris and file a complaint with the National Security.

Lemoine is unmasked and brought to justice in 1909. Despite a thorough investigation, the money paid by De Beers is never found and Mrs. Lemoine – with whom Henri had maliciously divorced – remains completely untraceable.

Lemoine is defended by one of Europe’s best lawyers – who even asks De Beers for a new payment of 450,000 francs so that Henri’s work may continue. The public feels sympathy for Lemoine, who becomes a real celebrity. When the French justice asks to see the secret diamond-making formula deposited in the bank it reads:

“It is very difficult to manufacture diamonds. You can try by crystallizing carbon, which you must subject to the desired heat and pressure. “

That summary is judged not to be a scam and Lemoine is simply sentenced to six years for the extortion. A model prisoner, Lemoine is quickly released and disappears a few days later.

The police never find a trace of Henri Lemoine, nor of the millions taken from De Beers! Mr. and Mrs. Lemoine take advantage of all that money for a long time – secreted away in a South American country – and never have a care in their lives again (All this is not very moral, it must be admitted).

The lesson here? If IGI had existed in 1905 this fraud would have been caught and halted. Of course, that would have prevented us from reading this entertaining story, 100+ years later. C’est la vie.

The Lemoine affair was even the subject of a literary exercise on the part of Marcel Proust, where he recounts episodes of this affair by imitating the style of a certain number of writers.

The book was translated to English in 2008 and is now available on Amazon.

Americans are buying diamonds instead of vacations