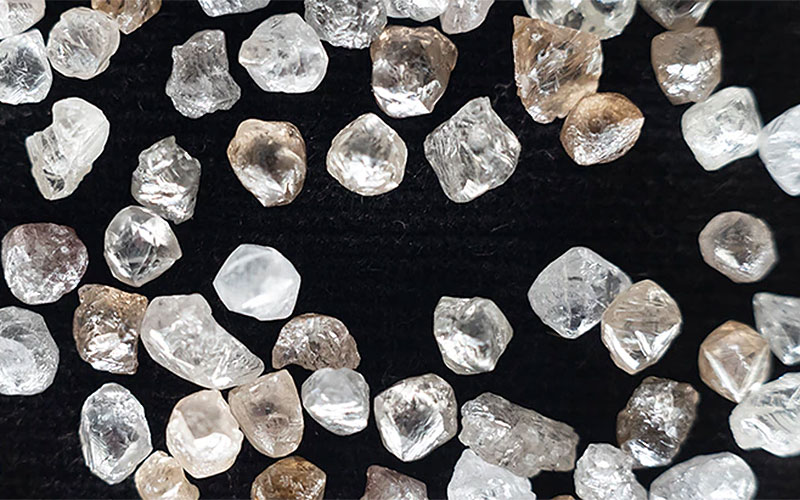 In their annual Global Diamond Industry report, Bain and the AWDC reported significant growth in for diamond miners, producers and jewelry retailers in 2021, above and beyond pre-pandemic levels. For the mining giants, that trend has continued into 2022.

DeBeers‘ realized a 66% increase in total revenue over 2021, to $5.6 billion. This includes rough diamond sales of $4.9 billion, sharply up from $2.8 billion in 2020.  Strong demand in major markets such as the USA and China drove that growth, resulting in sales of 32.3 million carats of rough diamonds for DeBeers. Positive sentiment for diamond jewelry is also strong, not just compared to 2020, but also to pre-pandemic 2019. DeBeers’ believes they will sell between 30 and 33 million carats in 2022. 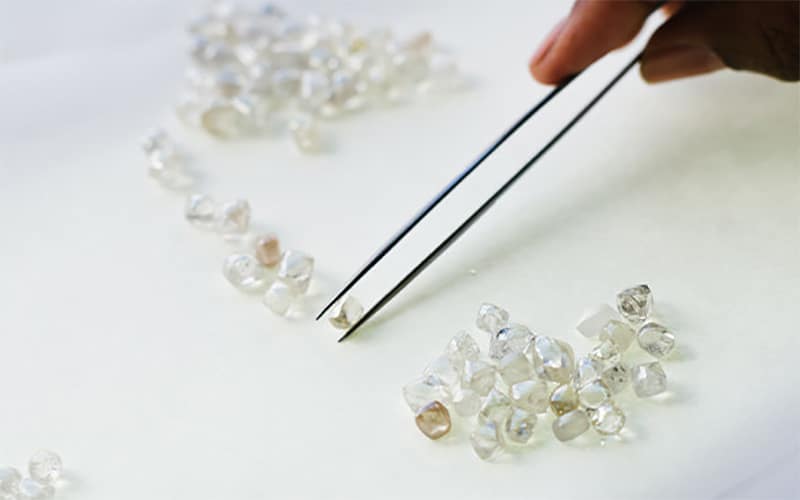 Earlier this month DeBeers’ reported first cycle sales for 2022 of $660 million, which is up from $650 million for the same cycle in 2021, reflecting robust demand for diamond jewelry over the 2021 holiday season.

According to DeBeers’ CEO Bruce Cleaver:

We saw the continuation of robust rough diamond demand in the first sales cycle of the year as buyers focus on restocking depleted inventories.

Russian miner ALROSA reported year-on-year growth of 17% during 2021, with total revenue of $4.2 billion. This was the result of 45.5 million carats sold, bringing proceeds of $4 billion from rough and $200 million from polished diamond sales.

January 2022 opened with $325 million in sales for ALROSA, including $315 million of rough diamonds and $10 million of polished. Total revenue was down from January 2021, when an absence of diamonds in the midstream was fueling demand, but ALROSA reports that the average revenue per carat increased “considerably.”

The war in the Ukraine has now resulted in economic sanctions against Russia. Those sanctions include ALROSA, which is unsurprising, as 66% of the company is owned, jointly, by the Russian government and the Republic of Sakha (Yakutia). This could cut rough diamond supply considerably, since ALROSA is normally responsible for more than 1/4 of global output. There are non-EU countries which might continue purchasing Russian output, but diamond shoppers should expect to see higher prices for diamonds and diamond jewelry while the sanctions continue.

Rio Tinto’s sales increased 9% to $501 million in 2021, despite a 74% drop in production – reflecting the retirement of their Argyle diamond mine in Australia at the end of 2020. The company was somewhat buoyed by production from the Diavik mine in Canada, in which Rio Tinto acquired a 40% share of ownership heading into 2021.

Petra Diamonds‘ sales for 2021 jumped 65% to $402.3 million. This was largely attributed to the sales of “exceptional stones,” which contributed nearly $80 million to that amount. Petra has also announced investments of $289 million to extend the lives of their Cullinan and Finch diamond mines, permitting them to stay in business through 2031 and 2030, respectively, potentially boosting revenue by an estimated 30%.

Lucara’s sales increased an astonishing 84% in 2021, with total revenue of $230.1 million. Revenue per carat is largely responsible for the jump, leaping to $603/ct, which is an 80% increase over the prior year. Additionally, the company’s Karowe underground expansion project has been formally approved, extending the mine’s life to at least 2040 and potentially adding $4 billion to future revenues. According to President and CEO Eira Thomas:

2021 was a pivotal year for Lucara, having de-risked our future growth strategy with the sanction of the fully financed, Karowe underground expansion project, conservatively estimated to add $4 billion to future revenues and extend mine life to at least 2040.

It Rains Diamonds on Neptune and Uranus