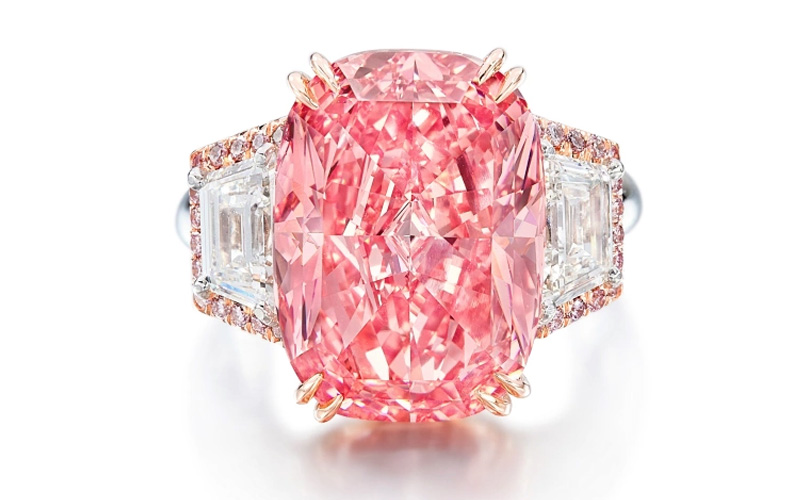 A 20 minute bidding war for a pink diamond culminated in a final bid of $49.9 million, exceeding the pre-sale estimate by over 230%, and setting a record for the highest price per carat ever paid for a diamond at auction.

This 11.15 carat specimen is the second largest internally flawless fancy vivid pink diamond ever to appear at auction.