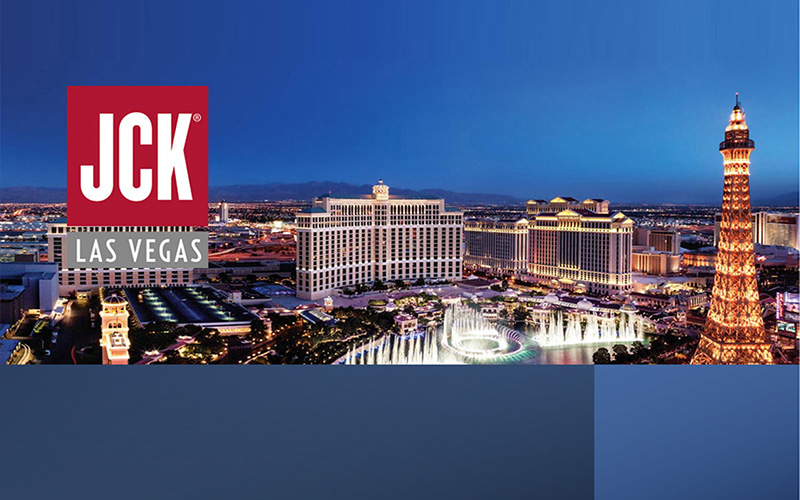 JCK Las Vegas has been a lodestone event for the diamond, gem, and jewelry trade for nearly 30 years. This industry-only gathering regularly connects suppliers from around the globe with front-line retailers. The timing is perfect, coming during the slow USA summer, in anticipation of the prosperous holiday season. There was no gathering in 2020, due to the pandemic, so many eyes were on JCK Las Vegas as it resumed at the end of last month. Staged later than usual, with predictably lower turnout, it was considered a successful event nevertheless, with participants widely expressing satisfaction at the amount of business conducted and connections made.

Martin Rapaport’s “State Of The Diamond Industry” Sunday breakfast is one of JCK’s best attended events. That trend continued in 2021 with a full ballroom at the Venetian Resort and hundreds watching via live stream. Rapaport is best known for publishing a monthly list of B2B trading prices for diamonds. He established the Rapaport Group, a network engaged in industry news-reporting, diamond auctions and trading, recycling, and grading services.

Martin is not just an analyst he is an accomplished entertainer. The perspective he provides is made effective and memorable due to the manner in which it’s provided. That isn’t to say everyone agrees with his opinions or advice. Many decidedly do not. And while this year’s breakfast was cool, calm, and copasetic – free of any angry shouts, outbursts, or heated accusations from audience members – the potential for a breakout brouhaha at this annual presentation is ever-present, which probably doesn’t hurt attendance.

2021 State Of The Diamond Industry

Martin’s 2021 State Of The Diamond Industry address began with a long moment of silence in memory of those lost to the pandemic.

“How we live has changed. It’s all confusing and it’s still changing.” – Martin Rapaport

The Big Issues Facing the Industry

Martin spent time on each of four topics he feels will impact trade members in the coming year – in different manifestations, depending on sector and location – but universal in their presence.

Martin had two pre-recorded video messages from guests at very different ends of the trade.

His first guest video featured Gina Drosis, CEO of Signet. The parent company to Kay’s, Jared, JamesAllen.com, and many others, Signet is the world’s largest jewelry retailer. As the world went into lockdown many industry entities endured a huge drop in value, including Signet. However, this was followed by a tremendous increase over the course of the pandemic, which ultimately increased the company’s value 10-fold. Gina Drosis shared the steps they took to survive and even thrive in unprecedented times.

Martin’s second guest-video featured Farai Maguwu, founding director of the Centre for Natural Resource Governance (CNRG), an organization working on improved governance of natural resources in Zimbabwe. Farai has been engaging with officials to try and understand how diamonds are being managed in that troubled country. Technically, Zimbabwe’s diamonds are not considered conflict diamonds because the Kimberley Process defines conflict stones as rough that rebel movements use to finance wars against legitimate governments. Unfortunately, a byzantine set of circumstances and generational oppression by Zimbabwe’s “legitimate government” continues to plague artisanal miners in the Marange diamond fields.

“Perfection is the enemy of good.”

Since the 1990s the diamond industry has acted in concert with the United Nations, the governments of nearly 100 nations, NGOs, and environmental groups toward improving human and environmental stewardship where natural diamonds are found. Arguably, no industry has done more to improve conditions upstream than the natural diamond industry. Unfortunately, rogue situations like the one in Zimbabwe persist.

Farai’s report was a heartbreaking reminder that conflict minerals like tin, tungsten, gold, and coltan – a component in mobile devices – continue to fuel human rights violations today and, in the case of Zimbabwe, impacts diamond mining there. In the case of Zimbabwe today, or Venezuela, the DRC, and others in the past, Western trading centers impose an embargo on rough from those countries. That is frequently enough to stimulate change in troubled areas. Nevertheless, Zimbabwe’s troubles persist, and while the Marange fields only produce a tiny fraction of global rough output, it’s getting purchased somewhere.

To that end, directly related to Farai’s report, Edward Asscher, president of the World Diamond Council (WDC) has issued a challenge to the industry to redefine/expand the definition of “Conflict Diamond.”

“Unless that is expanded, it cannot be expected to be a panacea to other challenges afflicting artisanal miners, including human and labor rights violations, bribery, and corruption.” – Edward Asscher

Martin said that when you adopt social responsibility, you make changes. Those changes can take many different forms. Do you stop accepting cash? Do you get everyone iPads? Do you buy carbon offsets? Do you switch to a cloud-based security system? Do you seek carbon-neutral couriers? What are you going to do to join this movement? You can give to charity. You can support the local little league club. Whatever it means, he said, product-centric social responsibility and supply chain social responsibility are going to become the norm.

The Rapaport Group held a separate three-hour conference on social responsibility Sunday afternoon. The topic was widely discussed at this year’s JCK.

Martin closed his address with the sentiment that our industry will be sustained because diamonds and jewelry represent enduring value. People are looking for relationships. Now more than ever, the values implemented by Covid have changed how people think about each other, which plays directly into how and where they want to buy jewelry. Meaningful gifting is part of having a relationship. Relationships are more important now than ever.