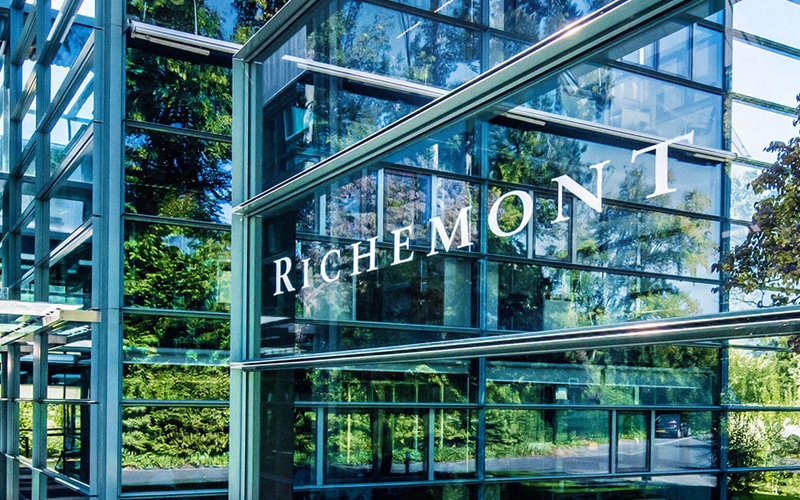 Buccellati, Cartier and Van Cleef & Arpels spearheaded a 129% increase in sales for luxury group Richemont over the quarter ending June 30. This triple digit boost occurred in sales across nearly all regions, channels and business areas.

The Jewelry Maisons accounted for the lion’s share of growth – or panther’s share, if you will – surging to $1 billion (+143%) for watchmakers and nearly $3 billion (+142%) for jewelry. The fashion and accessories maisons accounted for another $519 million (+124%). Compared to 2019, jewelry sales were up by 43% and the Swiss luxury group were up 22% as a while, with strong performance reported in the Americas, Asia Pacific, Middle East and Africa.

Cartier reported that China was the first market to offer a notable rebound in sales since the pandemic broke out. The rebound and growth are attributed to restrictions placed on travel, forcing Chinese consumers to purchase locally, instead of abroad. Notably, Cartier’s sales via e-commerce in China have also seen a phenomenal rise since the outbreak. As noted by CEO and president of Cartier International, Cyrille Vigneron:

COVID-19 has changed market dynamics, but China is continuing its growth. We can see that it has been an accelerator… Because of the phenomenal growth and number of visitors, the traffic is just enormous, and we are renovating and expanding our existing stores. Sales mostly came from retail, but e-commerce had a very phenomenal acceleration, especially through our flagship store on Tmall, which had fantastic results.

Alibaba’s Tmall.com is the most visited retail website in China. The platform has established itself as a destination for quality, brand-name goods: “Catering to increasingly sophisticated Chinese consumers.” Cartier’s offerings on Tmall include a wide range of jewelry, watches and leather goods.

Additionally, the brand has launched a mini-program on WeChat which permits the luxury Maison to interact with customers online. WeChat has a monthly user base of more than 1 billion people. It has grown from a messaging app into a multi-use platform where users enjoy functionality from making payments to hailing rides or booking flights. In addition to Cartier – Louis Vuitton, Bvlgari and others are now connecting and selling to Chinese consumers on these platforms.

The increase in online luxury purchases may be attributable to the audience Cartier is successfully reaching in China. According to Vigneron, the Maison’s clientele there is young, compared to other countries:

Seventy percent of our Chinese customers are millennials, and 25 percent are Generation Z customers. We are a younger brand than people think. We have to be relevant to them (millennials and Gen Z), and we have to be on the media platforms they use. The ecosystem is also evolving in a certain way. A lot happens on China’s major social media platforms such as Weibo, WeChat, Red and Douyin. They have their own logic and they grow super fast. Doing things right in China is important not because you did it right in Europe or in the United States or Japan. China has its own logic and dynamics that you have to understand and follow.

The consumer base in China is widely considered the largest growth opportunity for the global luxury sector. At present China is still considered a middle-income country. With continued prosperity, there’s potential for hundreds of millions of people to increase their incomes substantially. It’s reasonable to assume that an increasing number of Chinese people are likely to find themselves able to afford luxury items. To that end, demand for fashion, watches, jewelry, accessories and other luxury goods in China is predicted to rise.

According to Statista, Chinese consumers are predicted to spend $186 billion annually on luxury goods by 2025. This makes the Middle Kingdom a logical area of focus for Cartier and other iconic brands.

Why IGI? Why now?