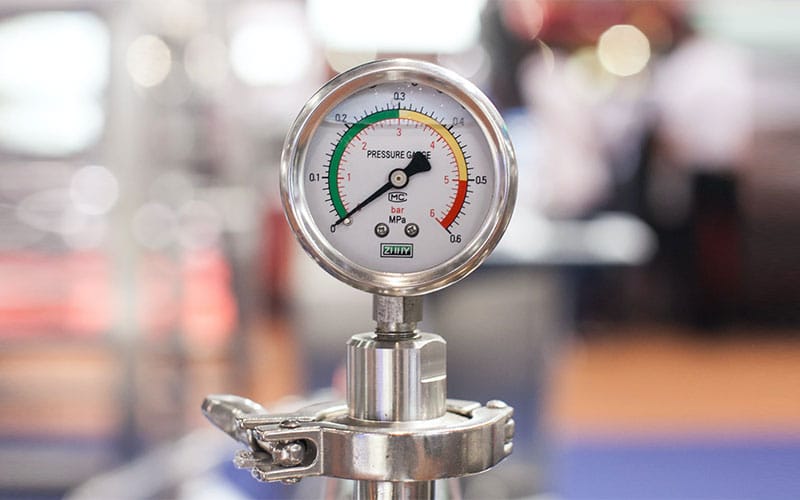 Our planet’s supply of diamonds were produced by four different processes.

One took over a million years to achieve results. The next two have been working in laboratories and factories since the 1950s. But until this month man had never replicated that final process – one which employs no heat, but mimics the force of an asteroid collision.

Let’s work our way to the final formation method by reviewing the first three.

(Sign up for our December 2 webinar in association with Jewelers of America to learn New Talking Points about Lab-Grown Diamonds).

The vast majority of our planet’s diamonds were created over 1 billion years ago, 100+ miles beneath the earth’s surface by a process of natural subduction. To describe subduction, imagine the unstoppable advance of tectonic plates grinding against each other until one is forced by the other to yield downward, ultimately becoming forced into the earth’s mantle. This battle of continents created conditions with unimaginable temperatures and pressure. The heat and pressures in subduction zones caused natural carbon fragments in the earth to crystallize into diamonds. 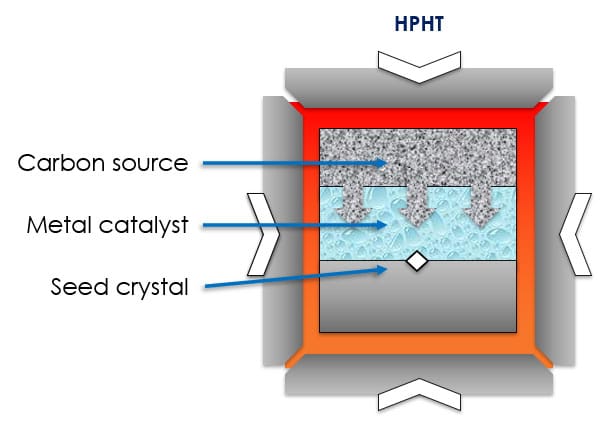 Essentially, HPHT replicates the natural conditions under which diamonds formed due to subduction. A carbon source, a diamond seed and a metallic catalyst go into a small cell. That  cell is placed into a massive mechanical press where the contents are heated near 1,500 C and subjected to staggering pressure. The melting metal dissolves the carbon and it passes through the flux, migrating to the diamond seed and growing a larger diamond. 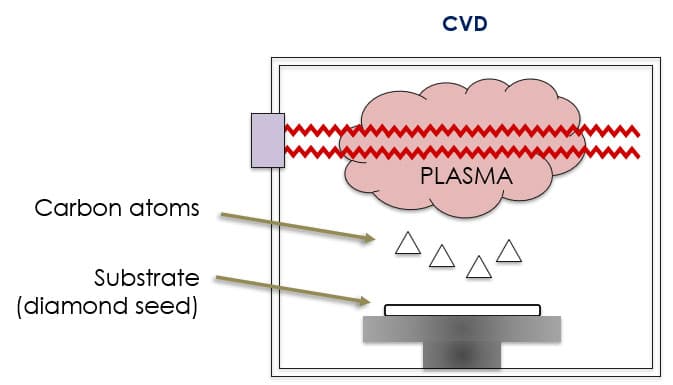 The CVD process releases carbon atoms from plasma. It involves superheating hydrocarbon gas in a vacuum to nearly 1,000 C, at which point the carbon atoms begin to separate from their molecular bonds. Those atoms descend and land on a flat wafer of previously grown HPHT synthetic diamond and grow in vertical layers. The substrate is square for jewelry applications but it can vary for other uses.

The Popigai crater in Siberia was placed off-limits for many years after diamonds were discovered there. It turns out these diamonds were created by the shock pressure of a meteorite making earthfall. Graphite within an 8.5 mile radius of the bolide impact was instantly transformed into diamonds. Most range from 0.5 to 2.00 mm in diameter and, while not gem-quality, they are industrial diamonds which are up to 58% harder than ordinary diamonds.

Due to their hardness and hexagonal crystallography (as opposed to the cubic structure of ordinary diamonds), such diamonds are called Lonsdaleite, named after Irish crystallographer and Fellow of the Royal Society Kathleen Lonsdale.

The conditions which make extraterrestrial diamonds possible is what Dougal McCulloch, Professor at RMIT University and Jodie Bradby, Professor of Physics at Australian National University were working to replicate.

For our work, we designed an experiment in which a small chip of graphite-like carbon was subjected to both extreme shear forces and high pressures, to encourage the formation of diamond. Unlike most previous work on this front, no additional heating was applied to the carbon sample during compression. Using advanced electron microscopy — a technique used to capture very high-resolution images — the resulting sample was found to contain both regular diamond and Lonsdaleite. In this never before seen arrangement, a thin “river” of diamond (about 200 times smaller than a human hair) was surrounded by a “sea” of Lonsdaleite.

According to McCullough and Bradby, the lowest pressure where diamonds were seen to form at room temperature was 80 GPa (gigapascals), or the equivalent of 640 African elephants on the tip of one ballet shoe. This is an extreme jump from the 5-7 GPa required to stimulate natural diamond growth or catalytic HPHT synthesis – and explains why the results occurred on such a microscopic scale.

Nevertheless, it’s a starting point. And the principle of accelerating change suggests we may see meaningful development of man-made Lonsdaleite sooner, rather than later. For ambitious scientific institutes who want to stay ahead of the technology curve that means… wait for it …the pressure is on.

Diamond Mine For Sale in South Africa