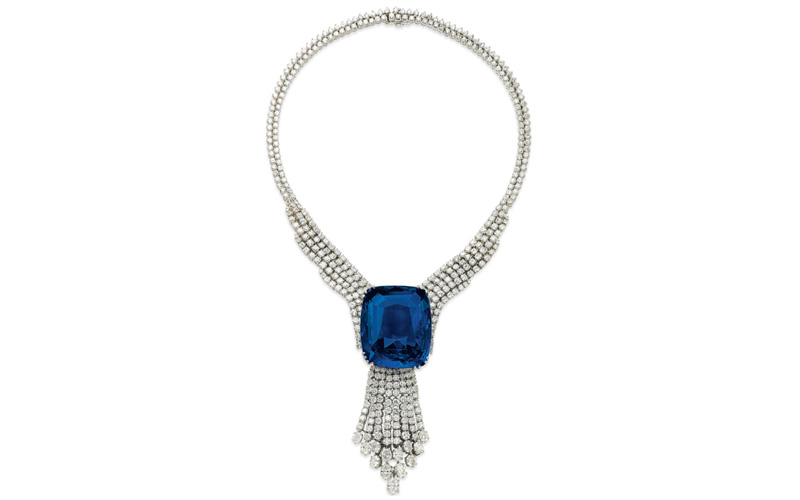 To you fun, gracious, fair-minded, Libras – I know I needn’t twist your arm to convince you to celebrate. Have some scintillating fun this month.

To you kind, loyal, analytical Virgos – try to remember that all work and no play dulls your sparkle. Take a moment to spoil yourself and enjoy your birth-month to the fullest, starting with the eye-candy below.

Sapphire is the birthstone of September and the gemstone of the 45th anniversary. Second in hardness only to diamond, its mineral species, corundum, is well suited for jewelry.

Traces of iron, titanium, chromium, vanadium or magnesium cause sapphires to present themselves in varieties of festive colors. Typically associated with blue, September babies can also sport celebratory stones which are yellow, purple, orange, green and even parti sapphires, which display two or more colors. 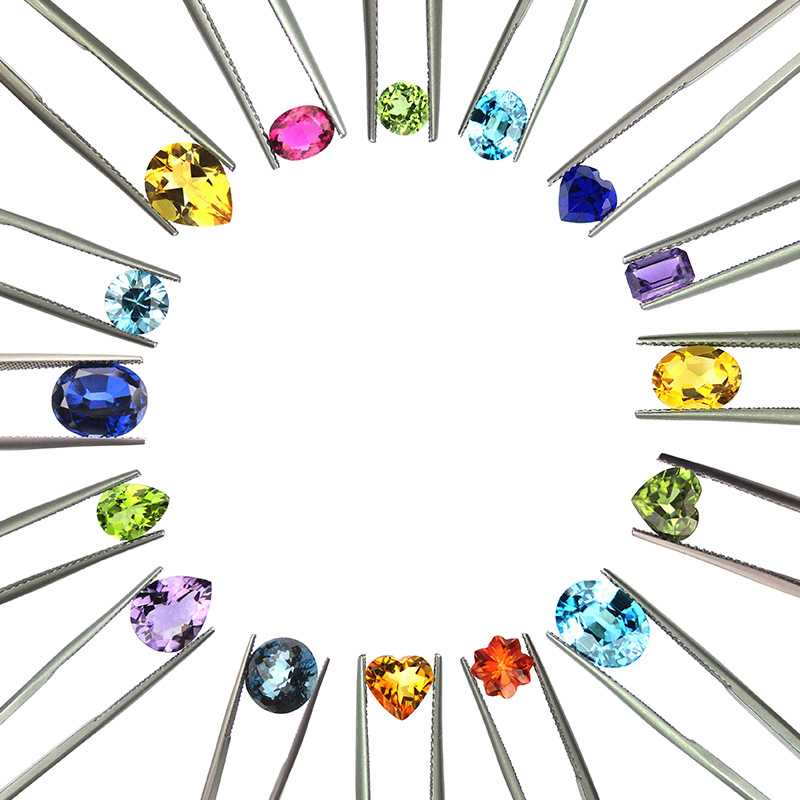 If your personal color wheel spins to red you can also find red corundum, but it won’t technically be a sapphire. When colored red, corundum becomes classified as a ruby (the birthstone of July), but in all other colors it’s called sapphire.

Some gem-lovers consider it compulsory to include the Rockefeller in any sapphire hit-list. Sold by Christie’s for $3 million in 2001, the gemstone derives it’s name from the original purchase in 1934 by John D. Rockefeller, Jr. Its acquisition from the Nizam of Hyderabad, India, was arranged by Raymond C. Yard, one of history’s great Art Deco jewelers. After buying this exceptionally clear, colored stone Rockefeller approached another jewelry icon, Pierre Cartier, and commissioned him to recut it and mount it in a ring. Cartier’s choice of a unique, rectangular faceting style is one of the many reasons the Rockefeller Sapphire is largely considered the stone by which all other sapphires should be judged.

A rare treasure sold by Christie’s for nearly $2.5 million in 2017, this unique pinky-orange sapphire is set within a two-tiered pear and marquise-shaped diamond bombé surround and bravely mounted in yellow gold. Originating from Sri Lanka, the Island of Gems, the word Padparadscha is Sinhalese for ‘aquatic lotus blossom.’ Padparadscha sapphires are normally a light pink color, making this 28 carat specimen incredibly large, incredibly beautiful and incredibly rare.

Sold by Sotheby’s for $6.1 million just two years ago, this distinctive creation was one of the most hotly contested items at the 2019 Geneva auction. Originally created in 1927, Cartier placed the iconic 46.07 carat Burmese cabochon sapphire between pear-shaped D Color diamonds weighing 8.60 and 9.27 carats respectively. Six bidders in hot pursuit of the bracelet drove its price up to more than three times its pre-auction estimate of $2 million. When the gavel fell at more than six million dollars it hammered home one of the highest prices ever for an Art Deco bracelet sold at auction.

Sotheby’s well-known 2011 auction in New York, “The Collection of Elizabeth Taylor: The Legendary Jewels Part I,” featured several sapphire pieces, including this historic sugarloaf cabochon sapphire ring. Originally created by Bvlgari, the ring enjoys historic distinction as Richard Burton’s gift to Elizabeth Taylor for her 40th birthday in 1972. It commanded $5.9 million in 2011, which was a world record price-per-carat for a Burmese gemstone at auction. Two years later, Elizabeth Taylor’s Bvlgari jewels made headlines again when they were loaned to Jessica Chastain for the 2013 screening of Cleopatra in Cannes.

You read that correctly. 392.52 carats. This piece established a new world record for any sapphire sold at auction and realized more than double its pre-auction estimate at Christie’s 2014 Magnificent Jewels sale in Geneva, commanding an astonishing $18.5 million. It may come as no surprise that the peacock blue, excellent clarity “Blue Belle of Asia” is considered to be the most valuable sapphire in the world. Weighing nearly 400 carats, the cushion-cut central stone is suspended on a brilliant-cut diamond tassel pendant with oval-shaped diamond terminals, and  brilliant-cut diamond neck chain, mounted in gold.

The ancient Persians believed the earth rested on a giant sapphire and its reflection colored the sky. The enormous richness of the Blue Belle certainly helps me imagine that scenario and lends itself to this month’s sapphire celebration.

Have a scintillating September, everyone.