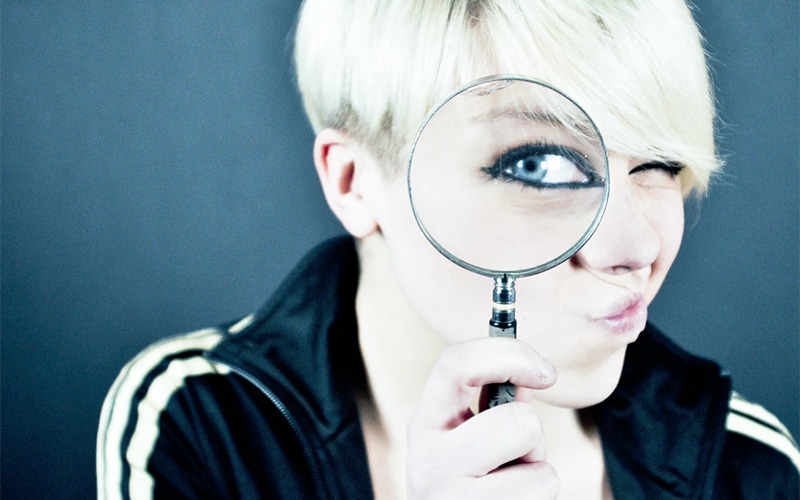 A plot. An (international) intrigue, along with the solution to an enigma whose clues seem to lead to obvious conclusions. In the larger picture we humans enjoy, immensely, the thrill of book and movie mysteries. But…For this reflection, let us focus on us.

Given a stone having: 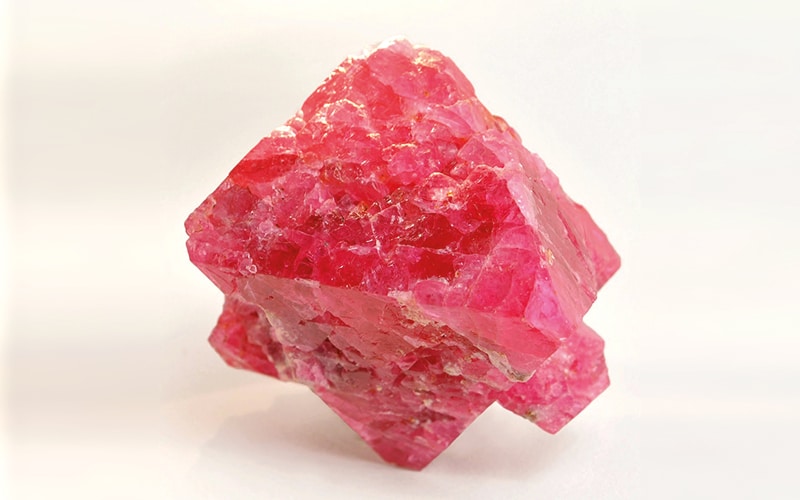 What conclusions would you reach?

That the refractive index falls within the range of values typical of a mono-refringent Natural Spinel having n=1.718 with a variation ranging within -0.006 and +0.044? It would seem so, since the flame fusion Verneuil Synthetic Spinel ranges between 1.720 and 1.740, with a more frequent value of 1.730.

That, as for the color, this latter does not arouse any particular suspicion, as various documents report different varieties ranging from “light and dark purple to violet” for the natural one. Is it correct?

That the absence of the “Crushed Silk or Cross-Hatched Effect” at crossed polarizing filters, due to an abnormal birefringence and typical of the Verneuil Synthetic Spinel, leads you to the inevitable response: “Natural”, right?

That the paucity of inclusions can happen. Not every spinel contains those small (spinel) octahedrons randomly scattered or in regular and ordered rows! Then, even Vietnamese spinels do not contain inclusions.

That that red short and long waves red fluorescence is nonetheless present in natural spinels ranging from red to orange and therefore can be also connected to the rose-colored ones.

If these are your conclusions, then my reply is, you dropped a clanger!

In May 2015, a company from Bangkok (Tairus Co. LTD) commissioned a laboratory in Moscow to produce lavender synthetic spinels using the Czochralski fusion method, also called “pulling method.” Those working for the Institute of Monocrystals in Novosibirsk, Siberia, were very good at this technique. It is always the same process and – also in Moscow – bright red-purples, nice cobalt blues and pastel violets are made. However, and this is the novelty, thanks to the “pulling method” they now also produce the “lavender” and the “alexandrite type” specimens (violet at the natural light, pink at an incandescent light) which had only previously been made with the Verneuil method before.

Here were the problems:

And once we leave aside inclusions (of which our synthetic version is almost always free) we get rolling toward the dark side of this story.

In 2015 these new flux-pulled, synthetic spinels were purchased in Bangkok for $6,500 USD and sent to an “acknowledged Italian laboratory” where they were certified as natural. With those documents secured, they were sent for a second certification by an “acknowledged Bangkok laboratory,” this time as synthetic, and subsequently displayed in the stands of Indian and Chinese retailers as “Synthetic Spinel” – the sellers showing both, conflicting, certificates – in order to promote them as being undistinguishable from their natural counterparts.

Six years removed from this 2015 debacle – and apart from the fact that it behooved us, as professionals, to look into the dynamics of events, the truthfulness of documents submitted, faults in transmission and writing down of data, gaps in protocols concerning internal controls of the abused Italian laboratory (etc.) – what still tastes sour is the willful disrespect and damage of fellow professionals, our industry and reputability as a totality.

Let us not revisit the casting of stones with or without sin: Trade alerts were issued. Corrections were made. But this was not guiltless error. It wasn’t like our professional forefathers who lacked the technology to analyze optical anisotropy. It was the opposite.

These were willful “gotcha!” tactics. Promotion of a synthetic product, claiming similarity with the natural version, using an erroneous certificate to demonstrate it, exposing a professional organization and even the country of origin to global ridicule.

Whether gemstones, diamonds or other precious materials we will continue, more and more, to be introduced to advantages afforded us by advancing technology. As we experience such advances let us remember we have a responsibility to each other as professionals. And let us remember today’s mystery murder story, specifically, as an example of what not to do.

Mercury may have a Diamond Studded Crust

How the gemstone Color Universe works