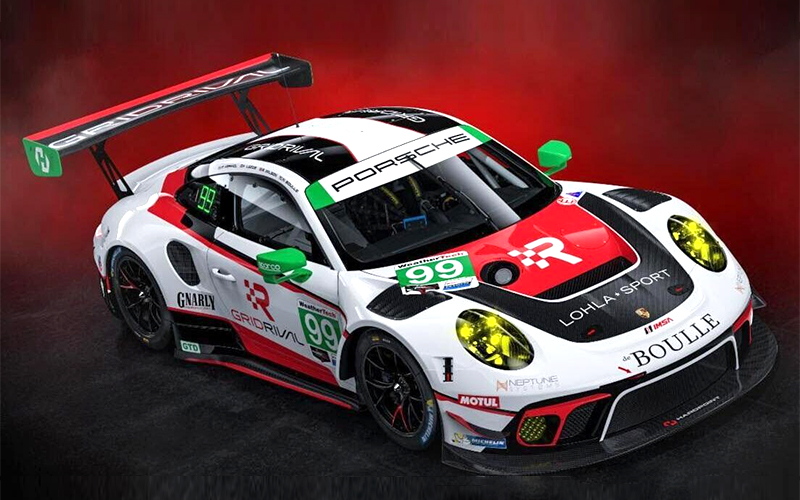 In 2017 Nick Boulle became the first certified Rolex retailer to win the Rolex 24 at Daytona. This weekend he’ll compete in the 24 hour sunset-sunrise event again, driving the No. 99 Porsche 911 GT3 R, which boasts the name of his family’s Texas based jewelry store.

Founded in 1983 deBoulle Diamond & Jewelry offers fine jewelry and timepieces in two salons, situated in Dallas and Houston, Texas. In harmony with their lone-star location, the second floor of deBoulle’s Dallas salon also serves as the United States gunroom for Holland & Holland, the prestigious London-based gunmaker

Nick is a seasoned endurance racer with experience at Le Mans, Spa Franchorchamp and Daytona. This will be the sixth time he has competed in the Rolex Daytona 24, winning the LMPC class with Performance Tech Motorsports in 2017, with several podium placements at various events in the past.

Nick Boulle joins team leader Rob Ferriol and fellow drivers Katherine Legge and Stefan Wilson on team Hardpoint. The quartet will share responsibilities, driving the No. 99 GridRival/GNARLY Jerky/de Boulle Diamond and Jewelry Porsche 911 GT3 R in the historic 60th iteration of the event, which began in 1966.

Nick commented on the race with team Hardpoint this weekend:

I’m really looking forward to racing in this year’s Rolex 24 At Daytona. I’ve been fortunate to run at Daytona several times now and I think it’s one of the most challenging races mentally. There are more difficult tracks out there, but at Daytona, there are so few places to rest as a driver.

The Rolex 24 At Daytona will take the green flag Saturday, January 29 at 1:40 pm ET. The race will be broadcast on a mixture of NBC broadcast and streaming properties.