In 1970 the Florida legislature honored NASA’s lunar landing and the Kennedy Space Center by adopting moonstone as their official state gem. They did this despite the fact that moonstone is not naturally found in Florida. Or on the moon.

Humans were actually celebrating moonstone thousands of years before Florida’s decision. In fact our ancestors believed they could touch the moon itself, long before we ever traveled to outer space.

Ancient cultures believed moonstone was moonlight which had solidified and fallen to earth, bringing transformative powers with it. Associated with moon deities and spirits, its rippling shimmer has been connected with love, healing, protection and good fortune since the earliest times.

Amulets of moonstone were hung in fruit trees to stimulate healthy crops. Moonstone jewelry was said to bring prosperity to wearers and protection to travelers. Physicians carried moonstone to speed healing and cure insomnia.

And it was widely believed that you could get a glimpse of your future by placing a moonstone in your mouth under a full moon, where it would have its greatest power.

Moonstone continues to be associated with lunar energy today. Moonstone jewelry is frequently worn or gifted to sooth emotions, unblock feelings or arouse tender passion. And loose moonstones are highly prized among those who practice crystal healing.

Spoiler alert… It’s is not a single mineral.

Moonstone is actually composed of two interwoven members of the feldspar family, orthoclase and albite. Layers of albite crystals occur within the orthoclase. The minerals have different refractive indexes so light entering the stone is bent, reflected and scattered differently as it travels through each layer. This light interference compounds and the resulting network of diffraction produces moonstone’s shimmering “moonlight effect,” also called adularescence, or Schiller. 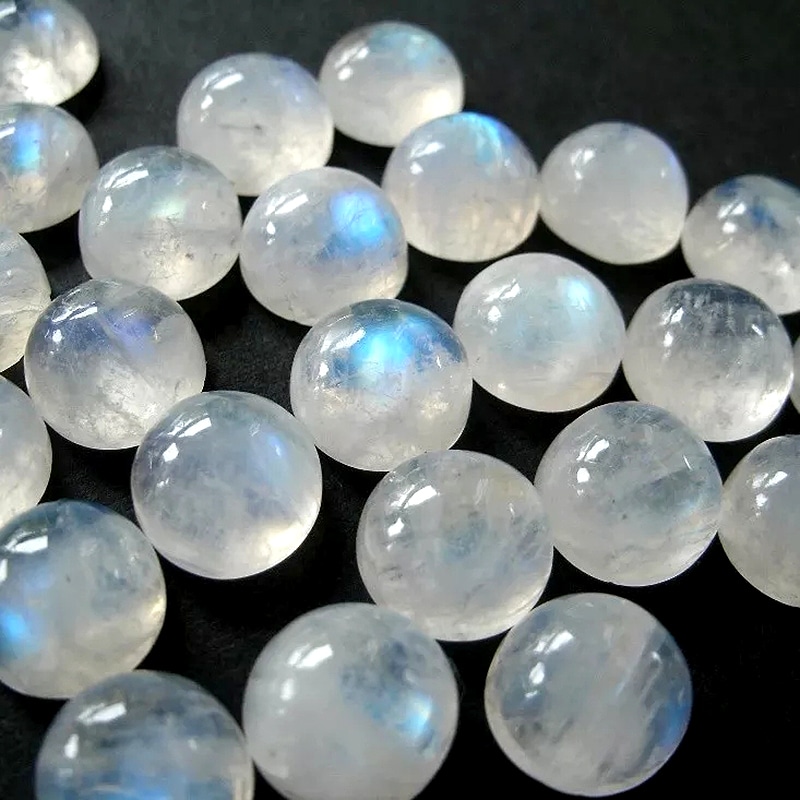 Moonstone is most notably found in Sri Lanka, Myanmar, India, Brazil, Madagascar, the United States, Tanzania, and Switzerland. Those considered most valuable are colorless with high clarity and strong blue adularescence.

Moonstone’s adularescent appearance is influenced by the thickness of its albite layers. Visible light has a wavelength of approximately 400-700 nanometers (nm). Albite within orthoclase can range from tens to hundreds of nanometers in thickness. When the albite layers are thinner than 500 nm the scattering of blue-violet light in the visible range between 400-500 nm is strong, resulting in strong blue adularescence. When the albite layers are thicker than 500 nm the amount of visible blue light is reduced or negated.

Moonstone’s glow is directional and cannot be seen from all angles. It’s strongest when the stone is observed directly along the plane of incidence (also called the plane of adularescence). The more one deviates from that direction, the less adularescence can be seen, until it ultimately disappears.

The plane of adularescence will always be parallel to one of the crystal’s cleavage directions. This becomes a critical consideration when cutting the gemstone. Moonstone is typically polished but not faceted (cut “en cabochon”) and the shape and height of the cabochon will be key to optimizing the moonstone’s adularescent properties.

Under magnification stair-like textures can be found on the surface of moonstone. These cleavages may influence light diffraction, causing silvery white, light yellow and other faint colors.

The Cat in the Moon

Interestingly, some moonstone from Myanmar has what’s called a Cat’s Eye effect. This phenomenon occurs when a strand of light seems to linger over the moonstone as you rotate it, reminiscent of a cat’s staring eye.

One of the most prominent Cat’s Eye moonstones is set into this necklace by Zoltan David, on display at the American Museum of Natural History. 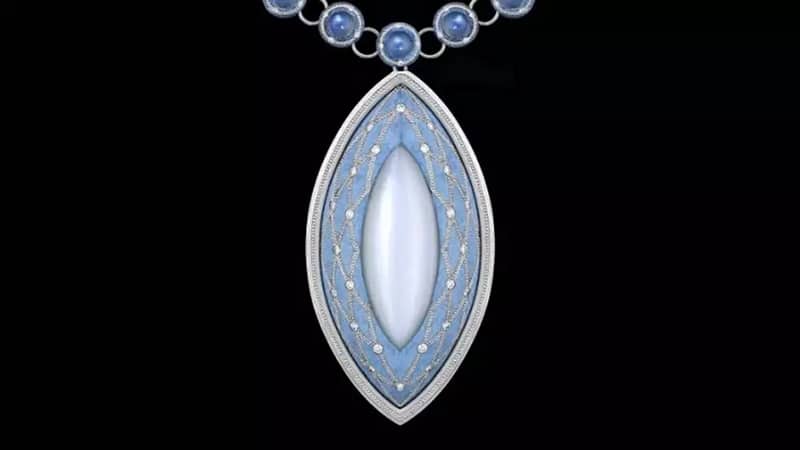 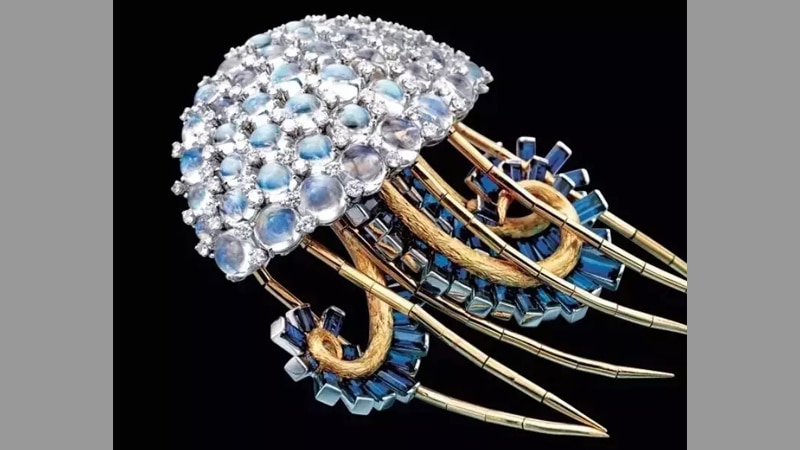 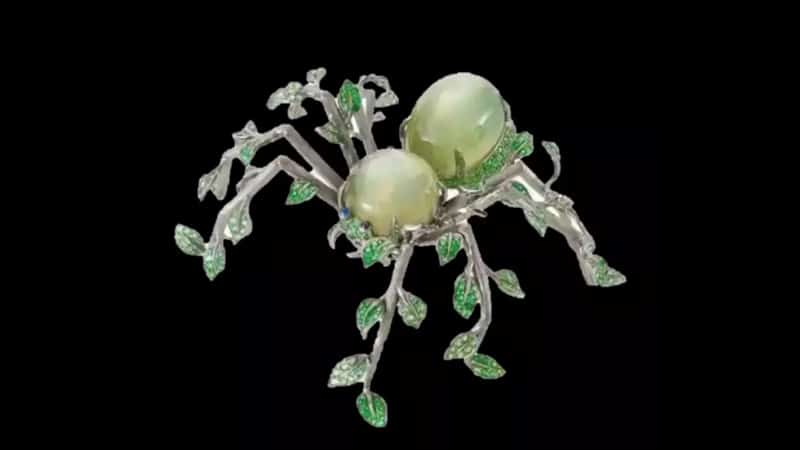 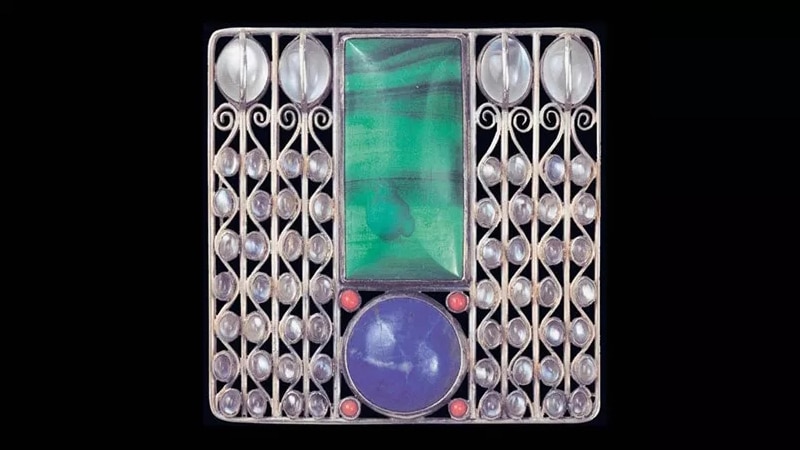 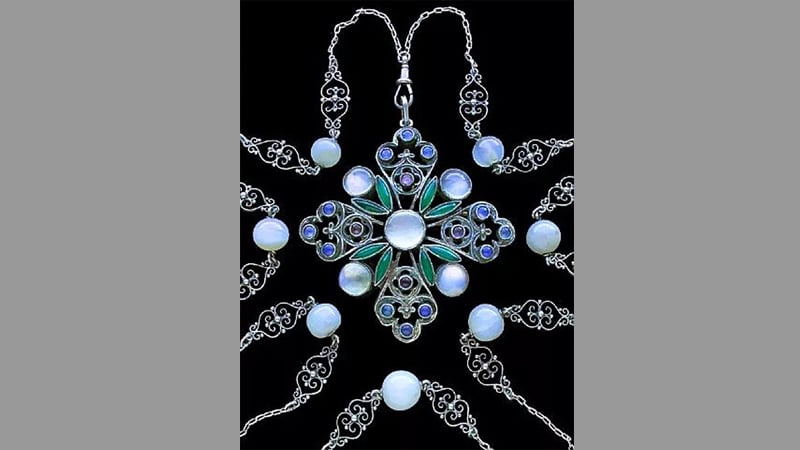 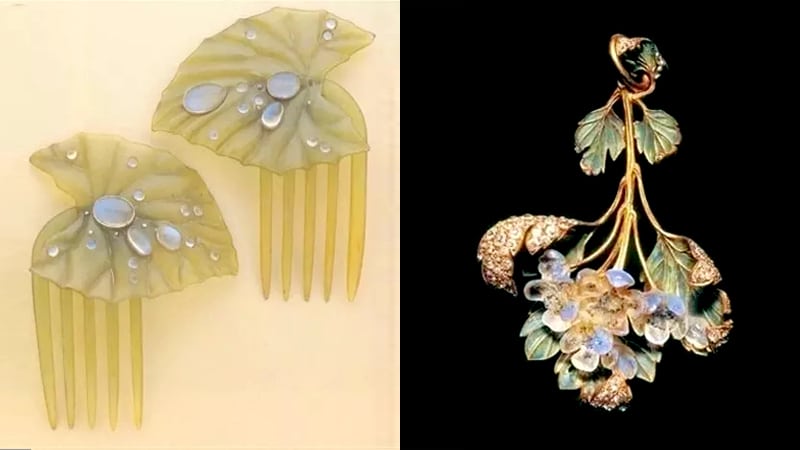 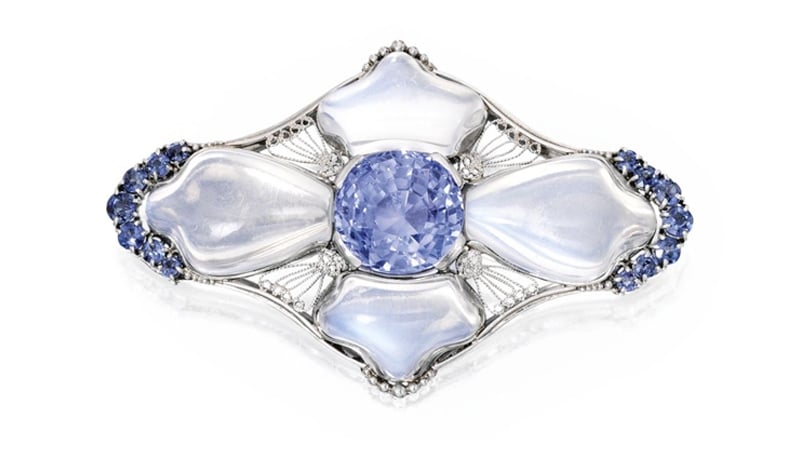 The ancient Greeks called it Aphroselene, after the goddesses of love and moon, Aphrodite and Selene. Today we call it moonstone. Whatever its name, this lustrous gemstone has enjoyed a constant connection with love, fortune and positive energy through every age of humankind. And that is the marvelous magic of moonstone.

You must spend THIS MUCH on an engagement ring

#ROCKTHEPIN: A Jewelry Design Competition Open To All Students