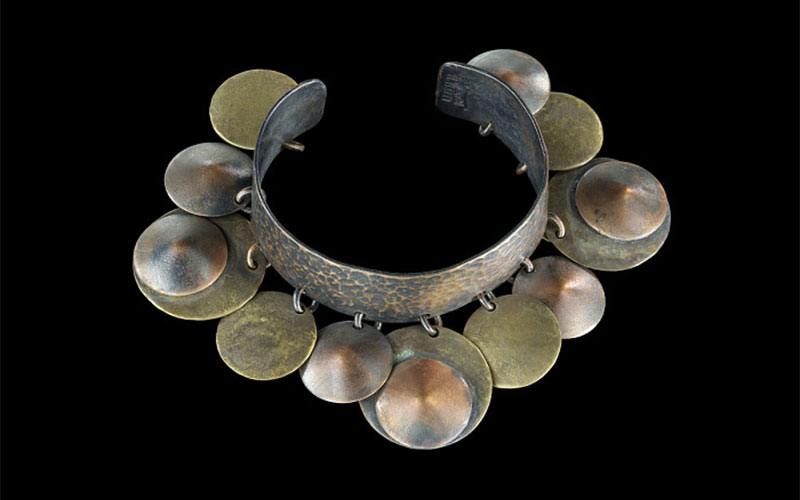 Winifred Mason created her first piece of jewelry in 1940, a pendant made of copper, bronze and silver. In the years that followed she began filling orders for prestigious Fifth Avenue stores in New York, including Lord & Taylor and Bloomingdales. She is considered by many to be the first commercial black jeweler in the USA. 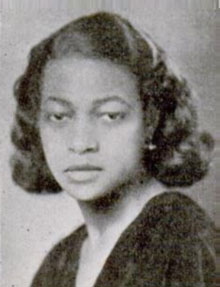 Producing pieces from her studio in Greenwich Village, New York, Winifred quickly rose in notoriety. By the late 1940s her jewelry had been featured at 10 exhibitions, including one-woman-shows in Milwaukee, WI, and Port-au-Prince, Haiti. Her custom work attracted interest and commissions by well-known names, Billie Holiday among them.

One Of A Kind

Winifred received a B.S. in English Literature in 1934 and an M.A. in Education from New York University in 1936. In the years leading to her career in jewelry she spent time instructing metalworking at youth program Junior Achievement, where she befriended and mentored jewelry visionary Art Smith (whom we celebrate in this GemBlog post). Winifred’s style was abstract and powerful. She continued using copper as her primary metal and every piece created was unique. She never repeated a design, allowing each of her works to remain one of a kind.

In 1945 Winifred received a grant from the Rosenwald Fund to research material and patterns used by West Indian cultural traditions and express them in jewelry. That research took her to Haiti, where she met and married artist and jeweler Jean Chenet. In 1948 they returned to New York, where Winifred opened Mason’s Haitian Bazaar in Greenwich Village, producing pieces inspired by West Indian traditions and Voodoo.

I find her work really inspiring, and there’s an elegance in the materials that she chose. Her work [illustrates] the idea that it’s not the value of the materials that dictates the value of a piece, it was the overall piece. And I think in showing that, she’s part of that movement that crossed that bridge between art on a wall and something you could wear.

Winifred and Jean split time between New York and Haiti, selling to stores in both locations. Jean was murdered in 1963 and Winifred returned to the United States. She continued selling under her married name, Winifred Chenet, and opened a store in New York selling Haitian art. She passed away in 1993.

Some Clarity on Diamond Clarity