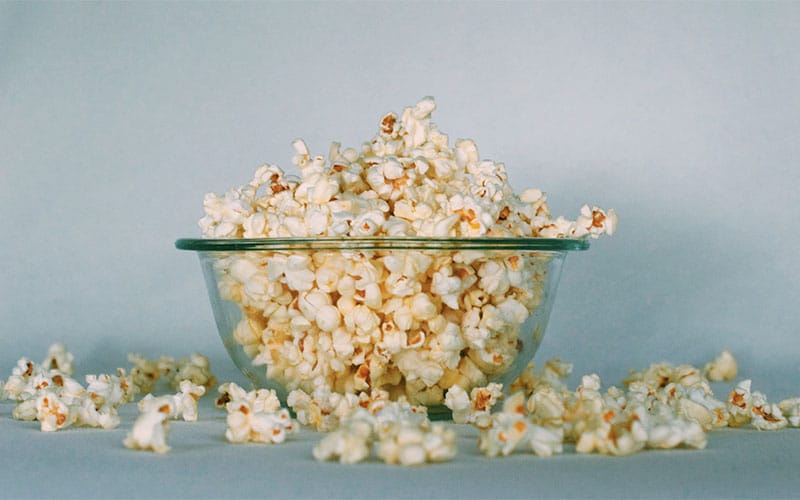 As the weather grows colder and night comes faster I find myself reaching for my favorite sofa-blanket and channel-surfing more often.

Here are a few more movies for jewelry lovers to put on the playlist. There are now more than 30 sparkling hours of jewelry themed movies listed below. So bookmark this post, pop some popcorn, settle in and enjoy the bling.

Not only do we get to see diamonds-galore in this action-comedy, the real gems of the movie are a crew of power-ladies including Sandra Bullock, Cate Blanchett, Anne Hathaway, Helena Bonham Carter and Rihanna. Spoiler alert: You’ll need to brace yourself as we see the Cartier-inspired necklace which is the film’s centerpiece (the ‘Toussaint’), disassembled rather crudely in the film’s cathartic sequence.

Kirsten Dunst bedazzles in the title role of this Sofia Coppola remake. From the heart shaped diamond wedding ring, pink topaz and gold rivière, and an array of amazing earrings, New York diamantaire Fred Leighton loaned $4 million worth of real diamond sparkle to the film, which certainly helped Milena Canonero  win an Oscar for costume design.

Tiffany, Tiffany, Tiffany! With historical connections to F Scott Fitz, as well as Daisy Buchanan, the iconic American jeweler worked with the filmmakers to provide some jaw-dropping pieces which are opulent and delicious. Most familiar may be the diamond and pearl headband adorning actress Carey Mulligan in the famous party scene, but the movie dazzles throughout. With respect to the talented and meme-worthy Leonardo D, my favorite character in this epic story has always been Daisy.

And from my previous post, which you can find here.

The Audrey Hepburn classic is the perfect way to start this list. When revisiting it the other night I had completely forgotten that Mickey Rooney also appears in the work. It’s so well done. And, honestly, could there have been a more perfect accessory for Holly Golightly’s character than the classic Tiffany pearl and diamond strand necklace? I don’t think so.

Avast! With it’s huge budget, amazing effects and constant action this “Pirates of the Caribbean” chapter is a departure from most other movies in my list, but there’s a specific reason I included it here. Did you know, apart from all the usual pirate booty, that the “pirates medallion” which plays a central role in this film was based upon actual Aztec coins? Chock full of pirates, curses, sea-battles and duels, like any pirate film, this one is rated “Arrr.”

In addition to 007’s delicious watches and jewelry accessories, the notion of diamonds appears in both the title and plot of this classic. The film includes many of the well-known Bond series characters. Oh, and did I mention it stars #seanconnery? I should say, while the plot turns out to be rather diamond-unfriendly, the luxurious, sexy life of an international spy is always fun to follow. And it’s appropriate that Bond’s (main) romantic interest in this 007-film is named Tiffany.

Oh la la. Jane Russell and Marilyn Monroe, together, in one of the most celebrated “diamond” movies of all times. Of course a certain musical production we get to enjoy along the way boosted its diamond-power and actually inspired a surge in diamond sales! Did you know that the diamond pendant Marilyn wears belonged to Maharajahs of India prior to being purchased by an affluent American? The gentleman who owned it actually permitted her to “borrow it” for the movie. That’s star power right there.

This fairy-tale of a movie pairs the affluent character played by Richard Gere with a call-girl portrayed by Julia Roberts. Among its memorable scenes are a shopping trip gone awry (corrected later) a business-dinner with flying shellfish and, of course, “that” necklace! In case you wondered, it includes 23 pear-shaped rubies set into the center of heart-shaped white diamonds and is rumored to have been valued at around $1.35 million.

“I’ll never let go” of my love for the classic costuming and depictions of how various classes of passengers onboard the Titanic shared fellowship together. From the black tie dinners at the captain’s table to the rowdy, rollicking dances below decks, this epic James Cameron production never fails to touch my heart. And, speaking of hearts, let’s talk about that necklace. Styled as Le Coeur de la Mer, once belonging to Louis XVI, the fictitious “heart of the ocean” was actually a blue CZ in white-gold, created by London Jeweler Garrard & Co.

The One Ring appears throughout the four films in the total Lord of The Rings cycle. That little gold circle is completely indestructible, unless it becomes melted in the lava flows under Mount Doom, where it was created. I need to find one of those for myself, just without all of the associated evil. The Hobbits aren’t the only jewelry-wearer in this movie, by the way. Many of the characters have fashion sense. In particular, keep your eye out for the EvenStar pendant given to Aragorn by Arwen.

Be advised: If you decide to watch all of the movies in the LOTR cycle you’ll need to budget around 9-11 hours, depending on whether you binge the theatrical or extended versions. That doesn’t include time for credits, by the way.

This fast-paced, frenetic film wasn’t nominated for any Oscars, but it certainly has a place on this jewelry binge list. Described by The New Yorker as “mesmerizing chaos,” Adam Sandler plays a fast-talking New York City jeweler and compulsive gambler trying to survive as threats close in. It’s a thrilling ride through the streets of America’s diamond capital.

I need to pass on a warning, however. You’ll experience abundant “F” in this movie. And I’m not referring to colorless diamonds, if you take my meaning.

We come to the end of this road with a movie about hope.  According to the Library of Congress, “The Wizard of Oz” is the most seen film in movie history and in 1989 it was selected as one of the first 25 films for preservation in the National Film Registry. Filled with delightful scenery, yellow-brick-roads, emerald-cities and beloved characters like the Scarecrow, Tin Man and Cowardly Lion, Dorothy’s adventures with her little dog Toto hold up just as well in 2020 as they did in 1939.

So let’s put on our ruby slippers and click our heels together three times while saying there’s no-place like home – for grabbing a blanket and remote and settling in for a fun, uplifting “bling-binge.”

Celebrating the Magic of Winifred Mason