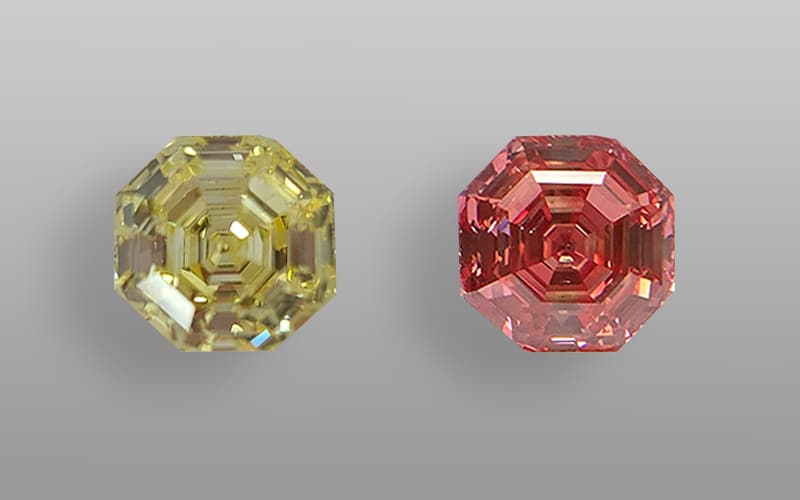 Did you ever dye your hair? Paint your walls? Use an Electron Beam to change your diamond’s color?

It’s not science fiction. It’s real. It’s amazing. And the science behind it is totally cool. Let’s first consider that this beautiful yellow sparkler was an amazing accomplishment in itself: A whopping 10.06 carat Fancy Intense Yellow Lab-Grown diamond, previously submitted to IGI for full assessment and grading.

In July 2020 the owner, Ben Hakman of Diamond DNA, returned his beautiful stone to IGI for a second round of grading – following an astounding makeover. Upon assessment, IGI’s gemologists determined that – not only had the color been fundamentally changed to pink – the process had also increased the level of saturation to Vivid.

See the imagery, before and after: Fancy Intense Yellow to Fancy Vivid Pink.

IGI was informed that the color had been shifted from yellow to pink through irradiation using a 5MeV Electron Beam Transfer system. IGI gemologists were able to confirm this using visible spectroscopy: The notable peak at 595 indicates irradiation. The second notable peak at 637 indicates the diamond’s nitrogen-vacancy center, which is typical of treated pink diamonds.

The HPHT process can result in distinctive inclusion types. Essentially, HPHT replicates the natural conditions under which diamonds formed 100 miles below the surface due to subduction: A carbon source, a diamond seed and a metallic catalyst go into an octahedral cell. The cell is placed into a massive mechanical press where the contents are heated near 1,500 C and subjected to staggering pressure. The melting metal dissolves the carbon and the pressure causes precipitation to the diamond seed, growing a larger diamond. The level of pressure from those presses has been compared to what you’d experience if you balanced a jumbo jet on the tip of your finger.

Since a metal catalyst is used some clarity characteristics can take on a decidedly metallic appearance, such as the rod-like inclusions within our subject diamond, which was originally grown using the HPHT process.

The growth process can also result in color-zoning, as seen here.

To Ben Hakman and Diamond DNA for permitting the images and video of this landmark lab-grown diamond, transformed from Fancy Intense Yellow to Fancy Vivid Pink,  to be shared here. I hope you find it as amazing, technical and awesome as I do. 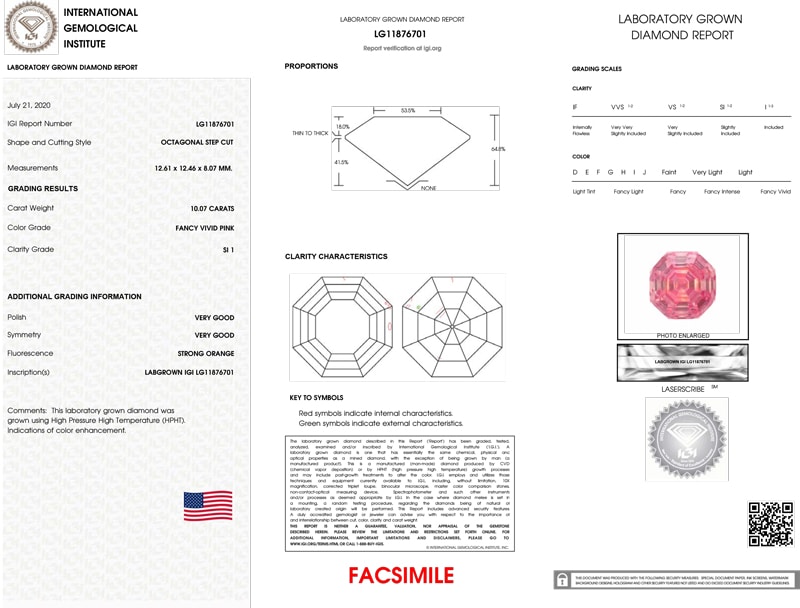