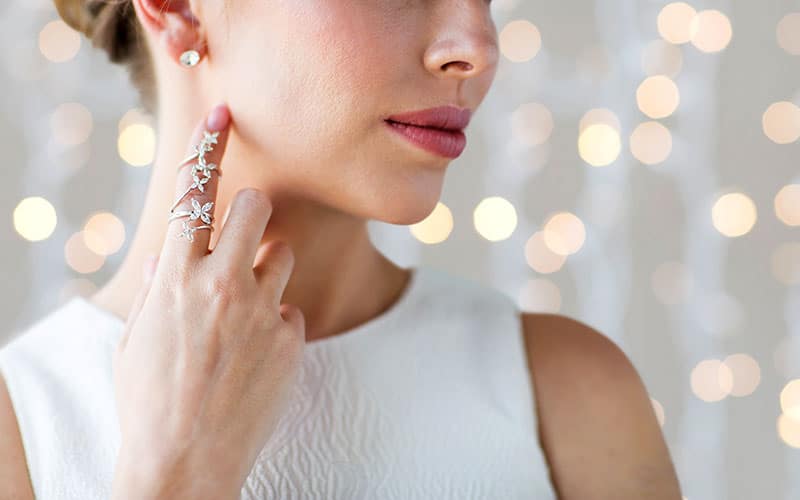 The easing of COVID-19 restrictions, combined with steady growth in online shopping, has contributed to a rise in diamond jewelry sales across the USA and China. This marks several months of improvement across a broad spectrum of shoppers: Tiffany, Signet and others all reported jewelry sales rising from the end of the summer into August. That trend has continued.

As covered by Rapaport, overall USA retail sales grew 5.4% in September and were up nearly 2% compared to August according to the National Retail Federation. NRF CEO Matthew Shay observed:

We’re optimistic about the prospects for a strong holiday season, as people want something to look forward to and bring joy to their lives.

Mega-jeweler Chow Tai Fook  reported growth of 2.6% in the second quarter compared to the same period in 2019. Attributed more domestic spending by consumers (who are not traveling abroad) the positive results are localized to areas where pandemic-related restrictions have eased. Second quarter sales surged by 21% on the mainland, offsetting a drop of more than 50% in Hong Kong and Macau where key borders remain closed.

DeBeers‘ rough diamond sales during cycle #8 of 2020 brought in $467 million USD; a significant surge over cycle #7 and a striking increase of 57% over the same cycle in 2019. You can read more details in prior GemBlog coverage here.

Alrosa also reported a surge in third quarter sales. While those sales declined by 8% compared to the same period in 2019, the miner brought in rough-diamond revenue of $553 million over the quarter ending September 30 – nearly seven and a half times the $74 million earned in the second quarter.

Last month, in a post titled Americans are buying diamonds instead of vacations, we noted that people are redirecting money originally intended for vacations, concerts, sporting events toward other purchases. NRF’s findings appear to support this conclusion.

Income that would normally be dedicated to travel and entertainment outside the home is also being rerouted to retail, especially given the early start and elevated savings many retailers are providing for the holiday season this year. – NRF Chief Economist Jack Kleinhenz

USA retailers are reacting to this trend aggressively. Domestic imports reached record highs over the summer, with the highest number of containers ever imported in a single month happening in August 2020. Shipments inbound from September are predicted to be 11% higher, compared to 2019.

Nothing about this year is predictable, but retailers are making sure their shelves and warehouses are well-stocked for the holidays. They are also stocking up earlier than usual because they know many consumers will be shopping early this year to avoid crowds and shipping delays. Some holiday merchandise that normally wouldn’t arrive until Halloween is already here. – NRF VP Jonathan Gold

As we have previously stated: Safety, health and support for those working on the front lines must continue to be our highest priority. Meanwhile, we can hope to see these trends continue, as “life” tries its hardest to return to normal.